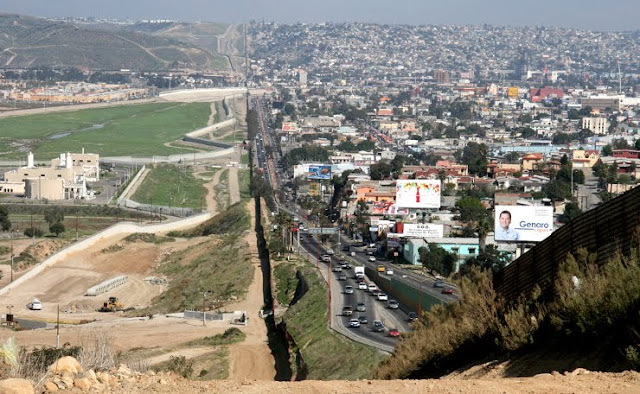 From the Seattle P.I. a few years back, comes my Unc’s article:


Thank God for the Mexicans. While many in America continue to wring their hands and shout their concern about illegal immigrants, I say, “You don’t know how lucky you are.”

Here are some salient facts. There are currently estimated to be about 11 million illegal immigrants in the United States. Virtually every able-bodied illegal immigrant in America is employed.

The overall unemployment rate in the United States stands at 4.8 percent and has been very low in this country for most of the past 25 years.

If pundits Pat Buchanan or Lou Dobbs or Rep. Tom Tancredo, R-Colo., could wave a magic wand and return all illegal immigrants to their countries of origin tomorrow, there would be emergency legislation introduced by Congress within one week to return them all and put them back to work.

The fact of the matter is, the U.S. economy needs the Mexican work force here as much as those Mexican workers need us and it’s probably about time the U.S. electorate comes to grips with that.

If you’re looking for who or what’s to blame for the current situation with illegal immigrants, most make the facile conclusion that it’s those lawbreaking Mexicans who have no regard for U.S. immigration and employment laws.

Others blame those rapacious U.S. employers who have no regard for the law but only care about profits. Still others blame the Mexican government for “exporting their unemployment problem.”

The fact of the matter is, however, the real culprit at the root of this situation is the incredibly dynamic U.S. economy.

Think of all the jobs created in the United States in the past 50 years. Before World War II, few women worked outside the home. After the war, there were so many new jobs that women joined the work force in droves. Now in almost every household in America, both spouses work. Add to that the amnesty law of 1986. It gave green card status to 3 million illegal immigrants (and eventually their wives and kids) who are now part of the work force.

Then add about 900,000 legal immigrants — both family- and employer-sponsored per year — who are here and hard at work. Finally, add another 11 million illegal immigrants here and working, and the U.S. unemployment rate is still almost as low as it’s ever been in the past 30 years.

Europeans can only look at our immigration “problem” and drool with envy. Unemployment in France, Germany and Spain has averaged about 9 percent over the past 10 years. They have an aging population, a fertility rate that will ensure a decline in their native populations in years to come and historical immigration populations that come from the same countries that have been producing radical Islamists, the likes of which bombed the commuter train in Madrid, blew up the subway in London and spent weeks last fall burning up the suburbs of Paris.

By contrast, our Mexican “problem” consists of individuals who, by and large, have an incredibly strong work ethic, are extremely family-oriented and share our Judeo-Christian view of the world. Having practiced immigration law in an agricultural area for the past 23 years, I can assure you I have never met one Mexican who came to this country with an ideological chip on his shoulder and wanted to blow the country up to avenge historical wrongs, actual or perceived.

There are many proposals presently being debated in Congress about the United States’ present immigration situation. Any real solution should include a path to legal status for those 11 million people already here and a process by which the U.S. government can continue to accommodate unskilled and semi-skilled workers in the future as the U.S. economy continues to expand.
Tom Roach of Pasco has practiced immigration law exclusively for the past 13 years.

Copyrighted under Creative Commons for Kevin Johnston 2011 at http://solanobilitasvirtus.blogspot.com/
June 4, 2010article family lawyers legal system
Things You Should Know About Other PeopleEvidence Supporting the Teleological Argument for Design