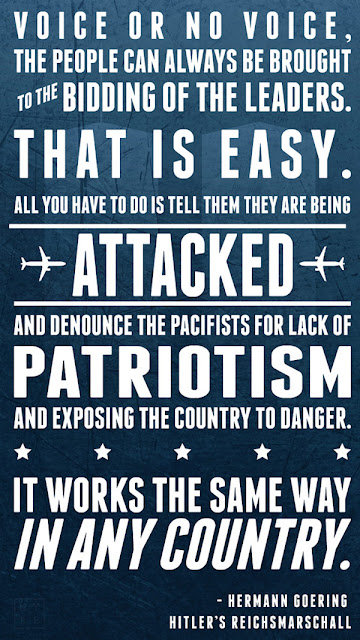 …I swear. But some good columns have come out since 9/11 that I thought were worth blurbs:

[It was a JOKE! No, I don’t think Southerners are stupid. Some of the men I respect most as thinkers on the planet are from the South…]

Copyrighted under Creative Commons for Kevin Johnston 2011 at http://solanobilitasvirtus.blogspot.com/
September 14, 2011artsy Authoritarianism/Statism dumb conservatives propaganda the religion of peace war what is it good for? what's wrong with people?
Money TalksThe "Pro-Life" Side