A Collection of Conservative Christian Prayers 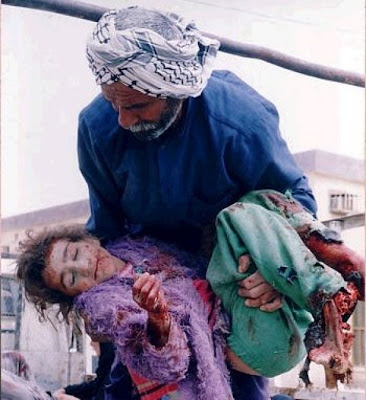 When asked a question about foreign policy last night at the GOP presidential debate, Ron Paul responded by saying “Maybe our foreign policy should be like the golden rule!” The thought was met with hysterical booing and jeering from the bloodthirsty GOP crowd. Many of whom seemingly wish to go to war with a country they know nothing about, to kill the friends, sisters, brothers, mothers, fathers, grandparents, uncles, aunts, cousins, and neighbors of people that did nothing to us and can do nothing to us. Lawrence Vance, the best critic of the Christian Conservative mindset out there, collected some prayers that are worth sharing here:


O Lord of hosts, smile upon thy servants now marshaled before thee for the work of death. Breathe into them, O God of war, the spirit of their profession. Let them for the time forget they prohibition of old, thou shalt not kill, and also those commands of thy gospel which bid them do good unto all men, to love even their enemies and turn the other cheek to the smiter. Thou knowest, Omniscient Father of all, this is no time for the application of such principles; and we pray thee to animate them with sentiments more appropriate to the awful duties of this hour, and thus prepare them for a signal and glorious triumph over their enemies. Fill them with the spirit of war, and enable them, in humble reliance on thee, to shoot, and stab, and trample down their foes. Nerve every arm, direct every blow; guide every sword, every bayonet, every bullet to the seat of life, that we may soon reap a glorious harvest of death. Thou knowest, O God most holy, that our enemies, murderers in heart, if not in deed, all deserve the damnation of hell; and we beseech thee to aid us in sending as many of them as possible to the place “where the worn dieth not, and the fire is not quenched.” Fight thou for us, and give thy servants a great victory, for which all the people shall praise thee.

God of Love, father of all families of the earth, we are going to tear in pieces our brethren of mankind, but our strength is not equal to our fury, we beseech thee to assist us in the work of slaughter. Whatever mischief we do, we shall do it in thy name; we hope, therefore, thou wilt protect us in it.

O Lord God of war, we beseech thee to bless our troops in their latest military adventure. Go with U.S. soldiers as they travel around the globe to intervene in the affairs of other countries. Use the U.S. military to smite the enemies of the United States just like thou used the children of Israel in the Old Testament to smite the heathen nations. We ask for thy special protection on the U.S. soldiers who have invaded Iraq and Afghanistan and now occupy those countries. Guide every bomb to its target, and every bullet to the heart of its victim. We pray that thou would send these Muslims to hell who dare to plant roadside bombs to harm U.S. soldiers. We know that thou will look after widows and orphans – so please help our soldiers, thy soldiers, to create as many widows and orphans as possible. Destroy the young Iraqi and Afghan children with bullets, malnutrition, or disease before they grow up and become suicide bombers. We beseech thee to guide all Predator drones to their targets in Pakistan and all the other countries where terrorists and their families need to be killed. Fill U.S. soldiers, thy servants, with the spirit of indifference to the death and destruction that they are causing. Avenge the United States, thy country, for the 9/11 terrorist attacks. We also humbly request that thou move upon Congress to not only increase funding for this war, but the overall military budget as well so thy people can fight another just war against the Muslim infidel. All these things we ask in the name of the Prince of Peace.

Invoking the name of the Prince of Peace for your sinful human purposes is evil. Is it any wonder that the Church is facing a slow death, with this type of patriotism using it to its own selfish ends?

There is a reason journalists are no longer allowed in the U.S. regions of war. I doubt even the most bloodthirsty Christian Conservatives would have the stomach to look at pictures of the dead women and children we have killed. You would be surprised with how long it took me to find the picture above… War-making is a crime and it is evil. The more I learn of the reasons behind it, the more pacifist I become. There is almost no good reason for war today…

If you wish to actually know something about the real Iran, a wonderful Rick Steves documentary was made recently and can be seen here:

A followup lecture and commentary can be found here.

Copyrighted under Creative Commons for Kevin Johnston 2011 at http://solanobilitasvirtus.blogspot.com/
January 17, 2012evil feel my rage foreign policy grrrrrrrrr... military prayer sad video war what is it good for?1 Comment
The Fascist States of AmerikaBut at Least They Have Brains…

One thought on “A Collection of Conservative Christian Prayers”