Parts I, II, and III. Let’s get through another round of nonsense-refuting. It just so happens, debt is one of my favorite topics…

But debt!
But wasn’t the price of all this a constantly increasing national debt?
No. Conservatives like to focus on total debt (when Democrats are in power) because it’s scarier; but we’re constantly increasing our wealth. The economy is twelve times the size it was in 1929; we can afford more debt. The important measure is debt as a percentage of GDP. (That’s the equivalent of comparing your mortgage to your current income.) Here it is:

First thing to notice: yes, debt load jumped under Roosevelt. We just went over that; it was WWII (and the need to clean up the mess the Republicans had made of the economy). For the remaining period of liberalism, debt went down. Liberalism treats government debt responsibly. It may run up debt to deal with a crisis, but it pays down the debt in prosperous times.
Second thing to notice: by contrast, plutocracy is spendthrift. Reagan, Bush I, and Bush II exploded the debt. Between them, they erased thirty years of progress. Clinton undid some of the damage‒ again, liberals believe in actually governing responsibly, so it was the right thing to do and he did it. Obama inherited the worst crisis since Hoover’s; most of the debt increase since he took office is due to automatic extensions of the safety net, plus stimulus tax cuts‒ and it’s been more than offset by misguided cuts in state government spending. Right-wingers fantasize that Obama has greatly expanded government, but it’s a myth.

Wow, there are some zingers in there! Alright let’s start at the beginning. I completely agree, we have a much larger and technologically-advanced economy than we did in 1929. Just as a family earns money and can afford to spend more, as a country, we have the ability to afford bigger and bigger bills. But that is not exactly what we are talking about here. We can’t afford to pay our bills, and these bills have been racked up as a result of “liberal” government spending.

Remember that government debt must be funded by future taxation. This means that people in the future will be paying taxes that pay the bills for the programs we buy today. At this moment, every person in the U.S. is on the hook for $51,829.39 of debt. For the average family, that is $134,756.41 that the government has spent in their name, generally without permission. Keep in mind that not all families pay taxes. Remember, that this money is owed on programs already in place. Just to sustain today’s spending, these bills would need to be paid. Think about that. This money is paying for the spending of generations and presidents past. You are receiving no direct benefit for this spending, it is all going to the past – that is what debt repayment is. I find that to be morally repulsive, that we would fund programs on the backs of future generations merely because we can. 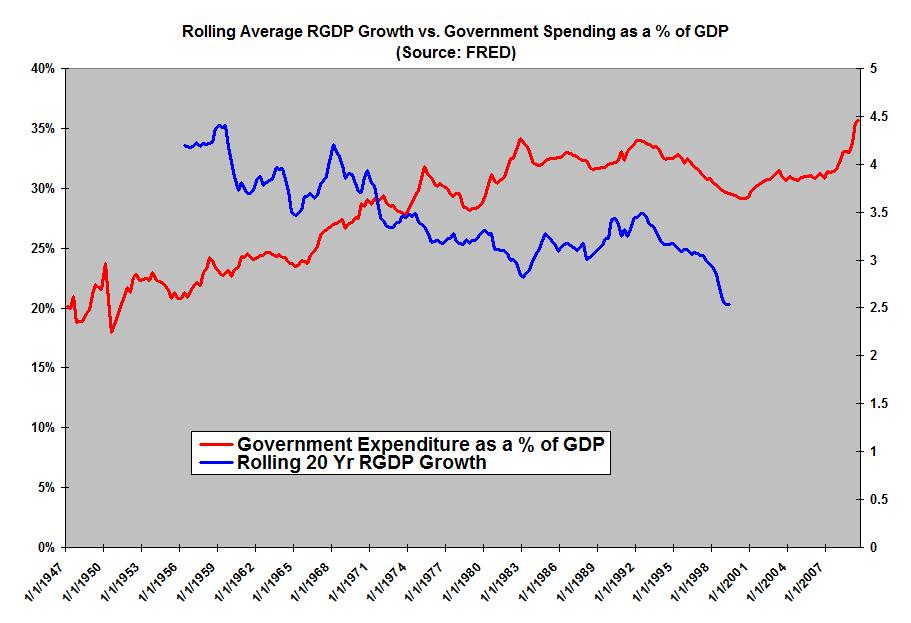 But the above numbers make up today’s debt, and today’s debt is nearly meaningless, because we have many programs that the government has put in place that will need to be funded unless all federal government spending was cut off today forever (if only!). In fact, in the next 70 years, one leftist economist calculated us being on the hook for at least $222 trillion in unfunded liabilities, or nearly three times the global economy, and around 13x the U.S. economy. This means, in short, that the government would have to invest $222 trillion today, with a moderate return, to be able to afford all of the debt we have signed up for. This also amounts to $712,470 per person in the U.S. There is approximately $1.13 trillion physical dollars total in circulation today. All of the debt in the credit markets worldwide are around $50 trillion. For the world economy to reach around $222 trillion, it would take around 37 years. For the U.S. economy to reach this number, it will take over 85 years (at 3% growth, which is not a likely number given energy constraints and economic trends such as debt outstanding). For the tax receipts of the U.S. to grow this large (given a 20% of GDP receipt level every year, which is extremely high), it will take over 139 years. Those are very best-case-scenario numbers. And we need those bills to be paid within 70 years…

There is simply no possible way that these bills can be paid. This means default or printing money. Default would mean that the government says to all of its creditors “sorry, we can’t pay you!” and it would result in the creditors likely never investing in our economy again. Many of those creditors are Americans waiting for a pension, payout of a government contract, or Social Security. No matter what, a default will mean poorer Americans for a time, but it is the best road to take. The alternative is printing the money – which, as you know, causes inflation. Printing this amount of money would cause hyperinflation, by which the inflation accelerates at such a rapid pace that citizens are impoverished almost overnight. The most extensive study of hyperinflationary events, This Time It’s Different, examines hyperinflation over 8 centuries, and determined that high public debt is one of the leading causes of hyperinflation. I deem this possibility to be the more likely possibility, because thus far, the story our politicians and media have kept up about the state of the economy is largely illusory. The public is not psychologically prepared to hear the word no, and we will thus be left spending until we have wasted our economy away.

Debt has terrible effects on an economy. It makes some people slaves to others as they cannot get out from under ever-growing debt burdens. It results in the violations of the foundation of all civilization, contracts. Debt is responsible for greater unhappiness, and correlated with higher suicide, murder, and divorce rates. Debt is a societal ailment that favors the rich over the poor, and ensures that we spend more time worrying about money than we should have to. It is not a moral good.

I won’t even address the nonsense about Obama, because I have done it elsewhere many times. Obama represents a continuing trend of increased government spending, and he has spent nearly 3/4ths of the enormous amount of money George Bush spent over 8 years, but he has done it in 4 and is hurting the economy severely with his blank check-writing… This is essentially saying that we are very very broke. All of these bills mean a significant growth in government, and therefore a decrease in the private markets shouldering the weight of that government. This means the economy will inevitably stop growing and providing wealth to the people at some point, and start a period of decline unless government spending is cut. In another series of studies done over the 60s-today time period measured GDP growth and the size of government. Can you guess what they found?

We have the largest government in the history of mankind, and it is growing at an increasing rate every year. You tell me: how long can this continue before the market is choked out?