I couldn’t have something so long for the quote of the week, but here is a piece entitled True Functions of Government by William Leggett, featured in the New York Evening Post, November 21, 1834:


The fundamental principle of all governments is the protection of person and property from domestic and foreign enemies; in other words, to defend the weak against the strong. By establishing the social feeling in a community, it was intended to counteract that selfish feeling, which, in its proper exercise, is the parent of all worldly good, and, in its excesses, the root of all evil. The functions of Government, when confined to their proper sphere of action, are therefore restricted to the making of general laws, uniform and universal in their operation, for these purposes, and for no other.

Governments have no right to interfere with the pursuits of individuals, as guarantied by those general laws, by offering encouragements and granting privileges to any particular class of industry, or any select bodies of men, inasmuch as all classes of industry and all men are equally important to the general welfare, and equally entitled to protection.

Whenever a Government assumes the power of discriminating between the different classes of the community, it becomes, in effect, the arbiter of their prosperity, and exercises a power not contemplated by any intelligent people in delegating their sovereignty to their rulers. It then becomes the great regulator of the profits of every species of industry, and reduces men from a dependence on their own exertions, to a dependence on the caprices of their Government. Governments possess no delegated right to tamper with individual industry a single hair’s-breadth beyond what is essential to protect the rights of person and property.

In the exercise of this power of intermeddling with the private pursuits and individual occupations of the citizen, a Government may at pleasure elevate one class and depress another; it may one day legislate exclusively for the farmer, the next for the mechanic, and the third for the manufacturer, who all thus become the mere puppets of legislative cobbling and tinkering, instead of independent citizens, relying on their own resources for their prosperity. It assumes the functions which belong alone to an overruling Providence, and affects to become the universal dispenser of good and evil.

This power of regulating—of increasing or diminishing the profits of labour and the value of property of all kinds and degrees, by direct legislation, in a great measure destroys the essential object of all civil compacts, which, as we said before, is to make the social a counterpoise to the selfish feeling. By thus operating directly on the latter, by offering one class a bounty and another a discouragement, they involve the selfish feeling in every struggle of party for the ascendancy, and give to the force of political rivalry all the bitterest excitement of personal interests conflicting with each other. Why is it that parties now exhibit excitement aggravated to a degree dangerous to the existence of the Union and to the peace of society? Is it not that by frequent exercises of partial legislation, almost every man’s personal interests have become deeply involved in the result of the contest? In common times, the strife of parties is the mere struggle of ambitious leaders for power; now they are deadly contests of the whole mass of the people, whose pecuniary interests are implicated in the event, because the Government has usurped and exercised the power of legislating on their private affairs. The selfish feeling has been so strongly called into action by this abuse of authority as almost to overpower the social feeling, which it should be the object of a good Government to foster by every means in its power.

No nation, knowingly and voluntarily, with its eyes open, ever delegated to its Government this enormous power, which places at its disposal the property, the industry, and the fruits of the industry, of the whole people. As a general rule, the prosperity of rational men depends on themselves. Their talents and their virtues shape their fortunes. They are therefore the best judges of their own affairs, and should be permitted to seek their own happiness in their own way, untrammelled by the capricious interference of legislative bungling, so long as they do not violate the equal rights of others, nor transgress the general laws for the security of person and property.

But modern refinements have introduced new principles in the science of Government. Our own Government, most especially, has assumed and exercised an authority over the people, not unlike that of weak and vacillating parents over their children, and with about the same degree of impartiality. One child becomes a favourite because he has made a fortune, and another because he has failed in the pursuit of that object; one because of its beauty, and another because of its deformity. Our Government has thus exercised the right of dispensing favours to one or another class of citizens at will; of directing its patronage first here and then there; of bestowing one day and taking back the next; of giving to the few and denying to the many; of investing wealth with new and exclusive privileges, and distributing, as it were at random, and with a capricious policy, in unequal portions, what it ought not to bestow, or what, if given away, should be equally the portion of all.

A government administered on such a system of policy may be called a Government of Equal Rights, but it is in its nature and essence a disguised despotism. It is the capricious dispenser of good and evil, without any restraint, except its own sovereign will. It holds in its hand the distribution of the goods of this world, and is consequently the uncontrolled master of the people.

Such was not the object of the Government of the United States, nor such the powers delegated to it by the people. The object was beyond doubt to protect the weak against the strong, by giving them an equal voice and equal rights in the state; not to make one portion stronger, the other weaker at pleasure, by crippling one or more classes of the community, or making them tributary to one alone. This is too great a power to entrust to Government. It was never given away by the people, and is not a right, but a usurpation.

Experience will show that this power has always been exercised under the influence and for the exclusive benefit of wealth. It was never wielded in behalf of the community. Whenever an exception is made to the general law of the land, founded on the principle of equal rights, it will always be found to be in favour of wealth. These immunities are never bestowed on the poor. They have no claim to a dispensation of exclusive benefits, and their only business is to “take care of the rich that the rich may take care of the poor.”

Thus it will be seen that the sole reliance of the labouring classes, who constitute a vast majority of every people on the earth, is the great principle of Equal Rights; that their only safeguard against oppression is a system of legislation which leaves all to the free exercise of their talents and industry, within the limits of the GENERAL LAW, and which, on no pretence of public good, bestows on any particular class of industry, or any particular body of men, rights or privileges not equally enjoyed by the great aggregate of the body politic.

Time will remedy the departures which have already been made from this sound republican system, if the people but jealously watch and indignantly frown on any future attempts to invade their equal rights, or appropriate to the few what belongs to all alike. To quote, in conclusion, the language of the great man, with whose admirable sentiment we commenced these remarks, “it is time to pause in our career—if we cannot at once, in justice to the interests vested under improvident legislation, make our government what it ought to be, we can at least take a stand against all new grants of monopolies and exclusive privileges, and against any prostitution of our Government to the advancement of the few at the expense of the many.

Eerie how applicable such a writing from 1834 can be… 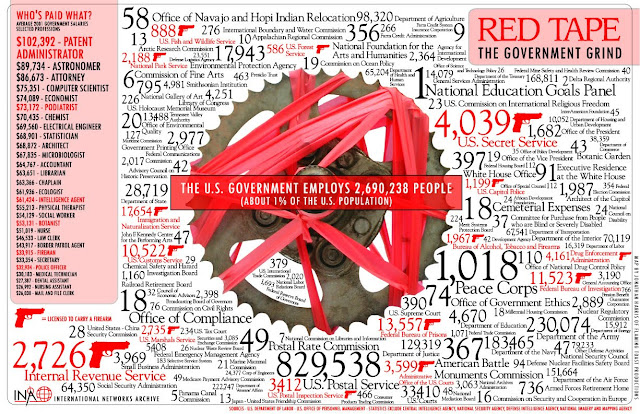