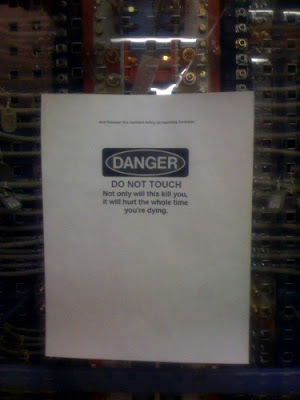 A new blog went up the other day, posting the following as its initial reason for starting the virtual venture:


Caveman 1: Bro, these mammoths are frightening, and I don’t know why it rains.
Caveman 2: Yeah, sounds like we need some supernatural explanation for natural phenomena for which we are not yet advanced enough to understand.
Caveman 1: Right. So we’ll need a god…
Caveman 2: Nice.
Caveman 1: And let’s have no adultery with beautiful women…
Caveman 2: Uh-
Caveman 1: And in with the concept of eternal, unimaginable torment-
Caveman 2: Slow down-
Caveman 1: And moral obligations, and no more of this survival of the fittest. We’ll not be able to lie, or steal, or cheat, or masturbate-
Caveman 2: Are you sure you-
Caveman 1: Or eat too much, or drink too much, or be lazy, or be prideful…


If humans were in charge of inventing religion, do you think it would look the same? Or would we give ourselves a little more leeway on the whole lust thing? Religion is clearly not a human crutch, though the same cannot be said for atheism.

Well said. C. S. Lewis noted something similar many years ago in A Grief Observed:

I think that it is pretty self-explanatory, and powerful at that…

Copyrighted under Creative Commons for Kevin Johnston 2011 at http://solanobilitasvirtus.blogspot.com/
August 26, 2010article artsy funny religion The One Holy Catholic and Apostolic Church
ThoughtsThings from All Over