Dethroning the Imperial I 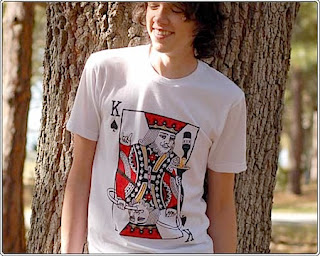 
We have witnessed a moral revolution since the 1960s that has altered our public understanding of morality and spurred the “culture wars” that continue to divide America. This moral change cannot be understood simply in terms of “urban values” (Blue America) versus “community values (Red America). Nor is it accurately described, as some Christians describe it, as a slide from morality to immorality.

Rather, the moral shift can be understood in this way. Until the 1950s, most Americans believed that there is a moral order in the universe that is external to us, and makes claims on us. Some might dispute the precise content of this moral order, but its general edicts—be faithful to your spouse, assume responsibility for your family, be honest in your business dealings, exercise the rights and responsibilities of citizenship—were widely accepted. This is not to say that everyone lived up to the shared moral code, but the code supplied a common standard against which personal conduct could be measured, both by the individual and by society.

Then something changed in the 1960s, and the change continues to reverberate in our lives today. What has changed is that the shared belief in an external moral order has eroded and dissipated. Many Americans (probably most of them Christians) continue, of course, to believe in a transcendent basis of morality. But this view no longer commands assent across the broad swath of society. One can no longer make a public appeal to the external moral code. The Clinton sex scandals were clear proof of this: some Americans considered his actions morally scandalous, but others thought it was no big deal.

The decline of belief in an external moral order has been accompanied by a rising belief in a new moral code. This may be termed the morality of the inner self. Today many people understand themselves as beings with inner depths. When they are faced with an important decision—what to become, who to love, what to believe—they decide not by following their parents, or their teachers, or their preachers, and perhaps not even God. They decide by digging deep within themselves, and following the direction of their inner compass to guide them infallibly in a given situation.

As the philosopher Charles Taylor argues, this morality of the inner self, what he calls the “ethic of authenticity,” emerged in resistance to a rival view, which held that morality is a matter of calculating costs and benefits. Against this utilitarian morality, leading thinkers like Rousseau insisted that morality could not be reduced to crass calculation. Rather, they said, morality means listening to the voice of nature within us. We gain access to this knowledge not primarily by thinking but by feeling

This idea has deep Christian roots. The church father Augustine would have agreed with Rousseau that the mode of moral understanding is inward. But for Augustine we dig within us in order to gain access to the divine voice that speaks through our inner conscience. Augustine contends that God is the lamp that illuminates the inner soul. Rousseau broke with Augustine by severing this connection between the inner voice and any external authority. For Rousseau the inner voice is the sovereign and final authority.

This is the moral code that we have inherited today. It didn’t come to us directly from Rousseau. Rather, it was first adopted by intellectuals and artists in England, France, and the United States. These elite groups, of the kind that dominated the Parisian café, the Bloomsbury society in England, and Greenwich Village in the United States, have been living according to the bohemian code for a long time. What changed in the 1960s is that these values, once confined to small enclaves in society, now became part of the social mainstream. Today the ethic of authenticity is widely popular in America, it is affirmed in countless movies and in the media, and it exercises an especially powerful appeal among the young.

We are wrong to dismiss this as a mere affirmation of selfishness, a rejection of morality. It is a massive shift in the source of morality—away from the external order, toward the inner self. Nor should the new code be understood as relativism or nihilism. It does not affirm that “anything goes.” It insists that the inner voice is morally authoritative and should be followed without question. This is the way that we can achieve Rousseau’s goal of being “true to ourselves.”

I do not believe that this new ethic of the Imperial Self can be completely uprooted, as some people who bemoan the decline of the old moral consensus would like to do. But I am also concerned with the moral danger of conceding final moral authority to the Imperial Self. Human nature is flawed and the “voice within” is sometimes unreliable and sometimes wrong. As Immanuel Kant warned, “Out of the crooked timber of humanity, no straight thing was ever made.”

Perhaps a more practical goal is to contain, and perhaps to roll back, some of the excesses of the new ethic of authenticity. This involves a recovered sense of the moral sources that continue to inform our moral self-understanding, sources that can be found in our religious and ethical traditions but which have disappeared from our public debate. The urgent task at hand is to recognize the power of the new ethic of authenticity while steering it toward something higher, to ennoble the self by directing it toward the good.