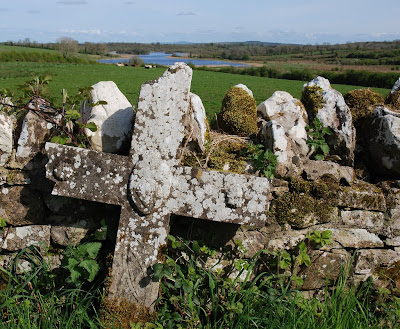 I was struck this week when reading the article Love, Sex & the Cross on InsideCatholic by one of my favorite G. K. Chesterton quotes:


…Catholic doctrine and discipline may be walls; but they are the walls of a playground. Christianity is the only frame which has preserved the pleasure of Paganism. We might fancy some children playing on the flat grassy top of some tall island in the sea. So long as there was a wall round the cliff’s edge they could fling themselves into every frantic game and make the place the noisiest of nurseries. But the walls were knocked down, leaving the naked peril of the precipice. They did not fall over; but when their friends returned to them they were all huddled in terror in the centre of the island; and their song had ceased…


The issue of moral authority (sexual mores especially) is one of major contention that not only separates people from Christianity, but also different Christian denominations from each other. The indignation of many today at any sort of moral authority (probably the main reason for self-proclaimed atheists’ separation from religion, IMHO) is not just the norm in secular circles, but a growing one in religious life as well. Obedience has lost all favor as a virtue. But following the rules can be the most liberating thing we do. In fact, most often it is rules that lead to our greatest joys. Marriage, for example, comes with many rules. Fidelity, honesty, obedience, bravery (for men, HA), fortitude, and many more virtues are most often recognized fully as a system of rules, even if people do not always see it that way. It is through rules and virtue that we throw our chains off, no longer bound by our brutish desires…

Read it and see what you think.

Copyrighted under Creative Commons for Kevin Johnston 2011 at http://solanobilitasvirtus.blogspot.com/
March 7, 2010Chesterton END THE FED sex SolaNobilitasVirtus The One Holy Catholic and Apostolic Church wotd
Friedman Needed a Break…Or a Spotted Owl… Or a Baby Seal… Or a Gay… Or a Muslim…