The difference between Republicans and Democrats is laughably negligible. On MSNBC, they give a panel of four men airtime, one who is an Economic Socialist, the next a Cultural Socialist, the third a full-fledged Communist, and the last a Military Socialist. They call this you getting every viewpoint. Good joke. 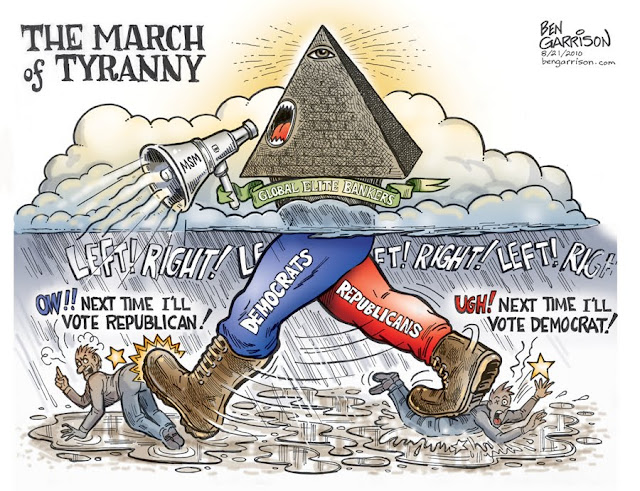 The problem is that everyone believes them, that these parties are different and that these views are maximally opposed to each other. Political theater has replaced debate. Do you honestly think Boehner and Obama are facing off seriously in some back room developing debt deals, while they seem to be best friends and go golfing almost every weekend together? Nope. There will be a tax raise and a minimal amount of cuts. Quote me. The Republicans aren’t nearly as resistant to the temptation of state growth as they pretend.

The media’s assertion is similar to saying Trotskyism, Bolshivism, Menshevism, and Stalinism are every possible viewpoint. “We are all Keynesians now…” said Friedman, once upon a time. How right you are, you little badass you.