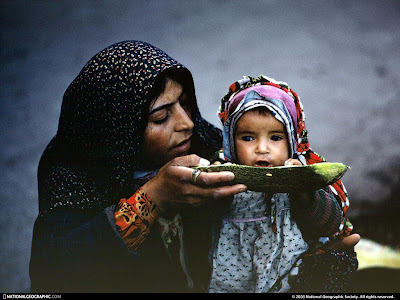 is best shown incorrect through the lens of woman most willing to embrace and love that which makes her a female. An example on InsideCatholic from about two weeks ago stuck with me, and I just needed to share it:


“So what do you do?” I’m asked over drinks at a recent party.

I mentally flip through a list of possible responses. I hesitate, considering my interrogator. I think I remember someone mentioning he works as a neurosurgeon.

So here’s my quandary: Do I come clean and admit I’m “just” an at-home mom? Do I mention I went to law school (there’s no need to bring up the fact that I dropped out after a month to support my husband through medical school)? Do I opt for a smart-alecky response? “I breathe. I read. I shower (almost daily). I nibble at my nails when I’m anxious (hence, the nibbling right now). What do you do?”

Or do I simply pretend I’m still a productive member of society and forget the fact that my nursing baby is tugging on my blouse, ready for a drink of her own?


While most people respect my decision and the fact that I’m blessed to be able to be a stay-at-home mom, I have the feminists — the people who are supposed to be on my side — to thank for my occasional stabs of insecurity. Like many of my female peers, college classes in women’s studies and multiculturalism indoctrinated me with “culturally correct” beliefs, where the big picture seemed to be lost in a quibble over who suffered more prejudice and who the real victims were. It was easy to see any “softness” in my personality as a point of weaknesses that needed to be hardened if I wanted to be a success.

It was the feminists who made me feel like less instead of more. The same women who warned us about never allowing a man to turn us into Barbie were furtively turning us into Ken — and ladies, Ken doesn’t wear an apron or change diapers all day. The same women who praised motherhood (when it was convenient and the time was “right”) were telling us we didn’t have to just be moms confined to a life of domestic drudgery. We had the potential to be so much more (who cares if there’s only 24 hours in the day?).

It is the feminists and their unflagging campaigns for “equity for women” who continue to lead so many women to question what God designed us to do, who make us want to be more like our rational (and less intuitive) male counterparts, who make us wonder why we don’t have it all — as in a career that provides manifold satisfactions and an identity other than “Mommy.”

They’ll disagree, of course. The feminists will swear they’re all about choice and helping women make an impact on the world through their work and their lives while remaining true to themselves.

It’s all those courageous, outspoken modern feminists who, instead of concentrating their time and efforts on something that would really help the plight of women — say, spreading awareness about injustices such as sexual slavery, bride burning in South Asia, abortion, and female infanticide — tirelessly defend a view of the perfectible woman. In doing so, feminists don’t liberate women; they disappoint them. In its wake, feminism has left a sobering parade of women who are realizing that it’s a big, fat lie: You can’t have it all.

And why should you even want to?


Womankind doesn’t need to be saved or fixed or changed. We don’t need to prove ourselves by juggling a career, motherhood, and a slew of other accomplishments. We don’t have to wear power suits to be powerful. Our power is found in our femininity, in the wombs that give women the ability to be sacred chambers for new life. Everything that makes women women is what makes them valuable to society. We don’t have to contribute to the GDP to be productive. Mothers produce souls — souls that have eternal value. And women who never have children of their own are still spiritual mothers, helping and nurturing society’s underlings.

Man and woman share in God’s image and likeness. We are equal in dignity, but we’re not the same. It’s when we start striving for sameness that we — and society — start to fall apart.

Though I posted much of it here, read the whole thing. This one’s a keeper…