How Smart Are We? 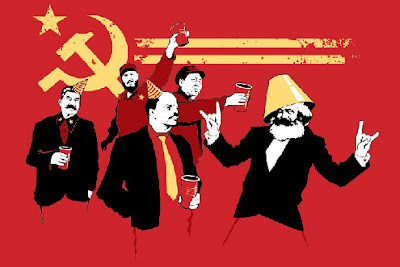 My dude Thomas Sowell does it again, this time about those who think they know better than us what we should be allowed to do in society:

One of the ideas that has proved to be almost impervious to evidence is the idea that wise and far-sighted people need to take control and plan economic and social policies so that there will be a rational and just order, rather than chaos resulting from things being allowed to take their own course. It sounds so logical and plausible that demanding hard evidence would seem almost like nit-picking.

In one form or another, this idea goes back at least as far as the French Revolution in the 18th century. As J.A. Schumpeter later wrote of that era, “general well-being ought to have been the consequence,” but “instead we find misery, shame and, at the end of it all, a stream of blood.”

The same could be said of the Bolshevik Revolution and other revolutions of the 20th century.

The idea that the wise and knowledgeable few need to take control of the less wise and less knowledgeable many has taken milder forms – and repeatedly with bad results as well.

One of the most easily documented examples has been economic central-planning, which was tried in countries around the world at various times during the 20th century, among people of differing races and cultures, and under government ranging from democracies to dictatorships.

The people who ran central planning agencies usually had more advanced education than the population at large, and probably higher IQs as well.

The central planners also had far more statistics and other facts at their disposal than the average person had. Moreover, there were usually specialized experts such as economists and statisticians on the staffs of the central planners, and outside consultants were available when needed. Finally, the central planners had the power of government behind them, to enforce the plans they created.

It is hardly surprising that conservatives, such as Prime Minister Margaret Thatcher in Britain and President Ronald Reagan in the United States, opposed this approach. What is remarkable is that, after a few decades of experience with central planning in some countries, or a few generations in others, even communists and socialists began to repudiate this approach.

As they replaced central planning with more reliance on markets, their countries’ economic growth rate almost invariably increased, often dramatically. In the largest and most recent examples – China and India – people by the millions have risen above these countries’ official poverty rates, after they freed their economies from many of their suffocating government controls.

China, where famines have repeatedly ravaged the country, now has a problem of obesity – not a good thing in itself, but a big improvement over famines.

This has implications far beyond economics. Think about it: How was it even possible that transferring decisions from elites with more education, intellect, data and power to ordinary people could lead consistently to demonstrably better results?

One implication is that no one is smart enough to carry out social engineering, whether in the economy or in other areas where the results may not always be so easily quantifiable. We learn, not from our initial brilliance, but from trial and error adjustments to events as they unfold.

Science tells us that the human brain reaches its maximum potential in early adulthood. Why then are young adults so seldom capable of doing what people with more years of experience can do?

Elites may have more brilliance, but those who make decisions for society as a whole cannot possibly have as much experience as the millions of people whose decisions they preempt. The education and intellects of the elites may lead them to have more sweeping presumptions, but that just makes them more dangerous to the freedom, as well as the well-being, of the people as a whole.

This guy is so damn sharp.