I Have Been Known to Be Wrong… 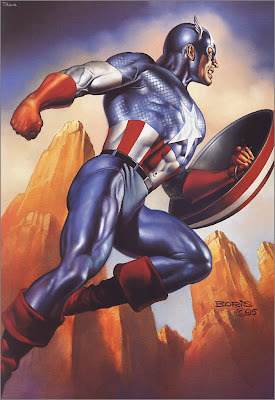 even though it doesn’t happen often. (I’ve never been known FOR being wrong. That’s just silly.) An article that ran today makes me think maybe I should get off my  golden throne, along with the rest of the United States – because we really are warmongers if the world has ever seen one:


Much hoorah, there is, over the mosque that may or may not be built in New York. I don’t give a tinker’s damn (whatever precisely that may be; I presume that tinkers’ oaths were thought more efficacious than others) whether they build it or not. The matter does however put to rest for me any hope of rationality in human affairs. This, I grant, could be accomplished with a very small bed.

At this writing, the government’s war for oil and AIPAC has more or less solidly metamorphosed, among the rubes at least, into a war against Islam. Men of thunder and portent peddle the notion like starving encyclopedia salesmen. No less a political howitzer than Pat Buchanan says that the mosque should not be built, because of the religious motivation of the Saudis who attacked the towers. His view has been eagerly received by the populace. Now it seems that yahoos at some fourth-grade church in Florida plan to burn a Koran to commemorate 9/11.

Splendid, this. We are telling 1.3 billion Moslems that America is not fighting Al Qaeda, or the Taliban, or Terror. No. It is Islam itself we hate. How very wise. This will make it so much easier to win hearts and minds in Afghanistan and Pakistan. Those security forces that GIs are supposed to be training – the ones with the AKs – they will know that their trainers are their enemies. Curiously, this is just what bin Laden tells them.

Glands again trump minds, if any. Consider that ten minutes before the first tower got hit in New York, the thought had occurred to practically no one in America that Islam constituted a mortal threat to all that we hold holy, chiefly chain restaurants and iPods. But Islam afterwards offered to fill this void that the Russians had wimped out on. For a brief period after the implosion of the Soviet Union, Americans had no threat to worry about. They found it deeply puzzling. Weren’t we supposed to be afraid of something? It didn’t feel right.

Then came New York, and suddenly we saw it: The Clash of Civilizations. Islam was out to get us. Why hadn’t we noticed? A roaring hatred for Moslems sprang up from people who had never met a Moslem, who had a garden slug’s grasp of history. A deep satisfaction came over the land. We had been made whole again.

Battling Mohammedans quickly became an industry. The government at first tried to peddle Terrorism as the enemy, not Islam, but it didn’t stick. Something more robustly flackable was wanted.

I find Buchanan, of the American Conservative, proclaiming that Islam is a Culture of Jihad, and most militant. No doubt. Very. Would it be poltroonish of me to note that just now Christian armies are busily annexing and wrecking Afghanistan and Iraq, having recently bombed Somalia? That they use robotic aircraft to murder Yemenis, that they hunt down Moslems in the Philippines (where after 1898 Americans engaged in atrocities that would win the admiration of the Japanese), encourage Israel to ruin Lebanon and to run a concentration camp for Moslems in Gaza, enthusiastically murder Pakistanis from the sky, and threaten Syria and Iran?

Those Moslems. Militant, they are. The bastards.

The Islamic countries listed above are only those currently attacked by America. Let us look at the matter in another way. I append here a list of all Christian countries conquered by militant Moslems since 1529:

This list does not include such minor Christian conquests as North, South, and Central America, India, China, Southeast Asia, black Africa, and such. Unconscionable, Moslem aggressiveness is.

Buchanan regards the events of 9/11 as no end grievous. So do I. Yet perhaps people who live in glass pots and kettles shouldn’t call names. The UN’s figures give 600,000 Iraqi children dead because of the American embargo, which didn’t allow, for example, chlorine to sterilize water. This is equivalent to 6.4 million dead children in the United States. Hmmm: If Moslems had killed this trifling number of our sprats, might we wax grumpish?

Yes, I know, the UN is a commie Marxist socialist anti-American conspiracy, and not as trustworthy as the American propaganda apparatus. All right. Let’s assume that the UN lied by a factor of ten, and thus only 60,000 Iraqi children died thanks to us. Thus, if 3,000 Americans died in New York, we owe the Moslems some 57,000. No?

If I may sally briefly into unloved seriousness: What puzzles me, as one who has lived extensively abroad, is how little Americans are able to see things through the eyes of others, how little empathy they have (this latter defect being characteristic of both psychopaths and narcissists).

Consider a headline from Antiwar.com of a sort appearing almost daily: “US Drone Strike Destroys House Full of Children in Pakistan.”

Apparently no one in the Great Rubber Room north of Mexico has an inkling why this might arouse hatred in Pakistanis. Can you imagine the fury that would ensue if a Moslem blew up a house full of American kids in, say, Queens? But when we kill their kids, no one cares. “Yeah, well. Tough. Giv’em a few dollars.” Buncha dirty raghead larvae. No better than cockroaches, right?

Now, we’re going to have a pop quiz. Take out a sheet of paper. Question: Can you think of any reason why Moslems might be unhappy with America?

Right! They hate our freedoms.

In which case they daily have less to hate us for.

It doesn’t pay to underestimate an enemy, I hear. All right: Moslems are so very dangerous not just because of their many extremist groups – Salamists, Al Sushis, the Falafel, and the Wasabi for example – but because of their immense industrial strength, which doesn’t exist. With the possible exception of Turkey, not one Islamic nation is in the First World. I picture bearded, turbaned warriors wading ashore on aquatic camels, causing no end of panic in Atlantic City. I mean, what do camels eat?

Maybe being the big bad riot cops of the world who give beatings to the masses is not gaining us any friends. Maybe we have more to offer these people than bombs and bullets. Books, for one. Liberalization, for two. And about a million other things I can devise off the top of my noodle…

Copyrighted under Creative Commons for Kevin Johnston 2011 at http://solanobilitasvirtus.blogspot.com/
September 9, 2010article artsy idiot americans patriotism the religion of peace war what is it good for?
Random NotablesWhat’s Up With…?