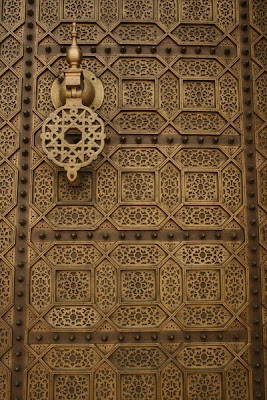 If you couldn’t guess, I am about 55% against the mosque at Ground Zero. Of course it is legal to have the mosque there, I simply think it is distasteful to put it so close and plan on opening it ten years from the tragedy of September 11th. On the other hand, I do think America has to get over some things that have happened to us in the past (e.g. September 11, slavery – yes, slavery, WWII internment camps, Vietnam, etc.). Before you have some outrage-driven seizure, hear me out. Sure, we have made mistakes. Collectively, and as a people and nation. And we have had horrible things done against us (and perhaps resentment spawning such activities may even be warranted – which is beside the point). But it is most definitely true that modern America, no matter how bad things get, is a harbor in the world against the pains of nature’s forces, constant war or violence, and unthinking actions. We are a people who always step back and question our activities and place in the world. That makes us unique, not just on the world stage but even in Western Culture’s richer dynasties. Next time you hear someone talking about how horrible America is for perpetuating slavery, remember that we were the only country in all of history to question it to the point of fighting a war with it as one of the main contentions. And we are the first country to ban it completely. We are different.

But let’s center back on the mosque thing and Islam. Islam has created a strain of itself that is resistant to education and liberalization that is destructive to everything on this planet except itself. For those supporters of Islam to work harder at defending Islam in all respects rather than calling for its change is despicable. Acting as if those against this mosque have no valid argument is simply disingenuous to reality. Christopher Hitchens, my favorite atheist, agrees:


Now to Islam. It is, first, a religion that makes very large claims for itself, purporting to be the last and final word of God and expressing an ambition to become the world’s only religion. Some of its adherents follow or advocate the practice of plural marriage, forced marriage, female circumcision, compulsory veiling of women, and censorship of non-Muslim magazines and media. Islam’s teachings generally exhibit suspicion of the very idea of church-state separation. Other teachings, depending on context, can be held to exhibit a very strong dislike of other religions, as well as of heretical forms of Islam. Muslims in America, including members of the armed forces, have already been found willing to respond to orders issued by foreign terrorist organizations. Most disturbingly, no authority within the faith appears to have the power to rule decisively that such practices, or such teachings, or such actions, are definitely and utterly in conflict with the precepts of the religion itself.

Reactions from even “moderate” Muslims to criticism are not uniformly reassuring. “Some of what people are saying in this mosque controversy is very similar to what German media was saying about Jews in the 1920s and 1930s,” Imam Abdullah Antepli, Muslim chaplain at Duke University, told the New York Times. Yes, we all recall the Jewish suicide bombers of that period, as we recall the Jewish yells for holy war, the Jewish demands for the veiling of women and the stoning of homosexuals, and the Jewish burning of newspapers that published cartoons they did not like. What is needed from the supporters of this very confident faith is more self-criticism and less self-pity and self-righteousness.

A recent letter to the editor at the WSJ made a related point:


Muslims in many Muslim countries have the excuse that their lives and those of their families would be put at risk if they were to speak out against the radicals in their midst. What exactly is the excuse for the complacency of the normative American Muslim? While the American Muslim might suffer somewhat socially or economically within the Muslim community, the size and diversity of the U.S. offers so much opportunity that the average Muslim here is completely without excuse. While there are a few brave American Muslims who speak out against radical Islam, the vast majority of American Muslims are deafeningly silent.

Sure, there are many foundations and organizations that are speaking out against the violence. But I can’t hear them, and my ears are much closer to the ground than your average joe…

What I can hear is this. Loud and clear.]

Copyrighted under Creative Commons for Kevin Johnston 2011 at http://solanobilitasvirtus.blogspot.com/
September 7, 2010politics religion social commentary the religion of peace
You Sir, Are a Gentleman and a Scholar…And I Quote