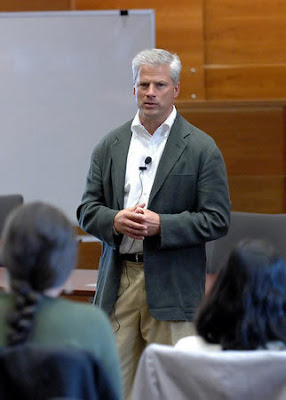 Look at this badass.


I DON’T smoke pot. And I pretty much think people who do are idiots.

This certainly includes Marc Emery, the self-styled “Prince of Pot” from Canada whom I indicted in 2005 for peddling marijuana seeds to every man, woman and child with an envelope and a stamp. Emery recently pleaded guilty and will be sentenced this month in Seattle, where he faces five years in federal prison. If changing U.S. marijuana policy was ever Emery’s goal, the best that can be said is that he took the wrong path.

As Emery’s prosecutor and a former federal law-enforcement official, however, I’m not afraid to say out loud what most of my former colleagues know is true: Our marijuana policy is dangerous and wrong and should be changed through the legislative process to better protect the public safety.

Congress has failed to recognize what many already know about our policy of criminal prohibition of marijuana — it has utterly failed. Listed by the U.S. government as a “Schedule One” drug alongside heroin, the demand for marijuana in this country for decades has outpaced the ability of law enforcement to eliminate it. Perhaps this is because millions of Americans smoke pot regularly and international drug cartels, violent gangs and street pushers work hard to reap the profits.

Law-enforcement agencies are simply not capable of interdicting all of this pot and despite some successes have not succeeded in thwarting criminals who traffic and sell marijuana. Brave agents and cops continue to risk their lives in a futile attempt to enforce misguided laws that do not match the realities of our society.

These same agents and cops, along with prosecutors, judges and jailers, know we can’t win by arresting all those involved in the massive importation, growth or distribution of marijuana, nor by locking up all the pot smokers. While many have argued the policy is unjust, few have addressed the dangerously potent black market the policy itself has created for exploitation by Mexican and other international drug cartels and gangs. With the proceeds from the U.S. marijuana black market, these criminals distribute dangerous drugs and kill each other (too often along with innocent bystanders) with American-purchased guns.

Our wrongheaded policy on marijuana has also failed to address the true health threat posed by its use. While I suspect nothing good can come to anyone from the chronic ingestion of marijuana smoke, its addictive quality and health risk pale in comparison with other banned drugs such as heroin, cocaine or meth. Informed adult choice, albeit a bad one, may well be preferable to the legal and policy meltdown we have long been suffering over marijuana.

Not only does our policy directly threaten our public safety and rest upon false medical assumptions, but our national laws are now in direct and irreconcilable conflict with state laws, including Washington state. So called “medical” marijuana reaches precious few patients and backdoor potheads mock legitimate medical use by glaucoma and chemotherapy patients. State laws are trumped by federal laws that recognize no such thing as “medicinal” or “personal” use and are no defense to arrests by federal agents and prosecution in federal courts.

So the policy is wrong, the law has failed, the public is endangered, no one in law enforcement is talking about it and precious few policymakers will honestly face the soft-on-crime sound bite in their next elections. What should be done?

Federal criminal law should give way to regulation, while prohibiting interstate violation of federal laws consistent with this approach. In short, policymakers should strive for a regulatory and criminal scheme like the one guarding that other commodity that failed miserably at prohibition, alcohol.

As my law-enforcement colleagues know well from chasing bootleggers and mobsters, this new regulatory and criminal approach will still require many years of intensive investigation and enforcement before organized criminal elements are driven from the vast marijuana market. DEA and its law-enforcement partners must therefore remain well equipped and staffed to accomplish this task: to protect our families from truly dangerous drugs and to drive drug cartels, gangs and dope dealers from our society.

John McKay is a law professor at Seattle University and the former United States attorney in Seattle.