Mom Sent Me an Article… 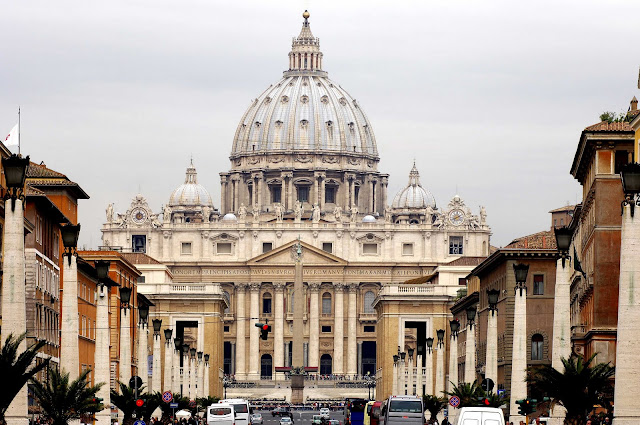 from NCR that gave a great rundown of celibacy & the priesthood. I found this comment by someone named Fr. Deacon Daniel particularly striking:


As an Eastern Catholic, I have a favorable view towards the exercise of a married priesthood and see great advantages that the community of a family can provide to a priest. I have seen it with several of the priests whom I serve and know that celibacy need not be a mandatory discipline for the proper and full exercise of the priestly call. A wife and children can serve as a great means of support to a priest, and his service as father and husband to his family also shapes and refines in virtue his own fatherly service to his parishioners. The wife of a clergyman can serve as a wonderful sounding board for his ministry, often helping him to see opportunities to exercise his ministry and even helping him to realize where he may have fallen short in his words and deeds. In my own exercise of diaconal ministry, my wife is a great support to me, as are my children, and the wives of clergy (priests and deacons) often help to serve the needs of the women in the parish. They offer a heart to the leadership of a parish family that is often needed for a balanced parish life. We need to be careful, therefore, not to neglect the sacrificial nature of the gift offered to parishes by its married clergy and their families. A celibate priest is not somehow automatically more generous in his calling than a married priest, whose wife and children often serve their parish in a myriad of ways.

And let us not forget that even so great an advocate for the celibate ideal as St. Paul also instructed his disciple-bishop Timothy to utilize the family life of men as part of the discernment of their worthiness for ministry in the Family of God, the Church. This much neglected – and simultaneously divinely revealed – biblical means of discerning the worthiness of a candidate for sacerdotal and diaconal ministry should not simply be discarded by the West. The fact that the Synod refused to accept the idea of identifying older men (deacons) of virtue as candidates for the priesthood is perplexing when so many Catholics around the world are languishing because of the shortage of priests. (The objection of some of the Eastern bishops at the synod were not really matters of vital importance, but rather pertained to the difficulty of moving priests with families from parish to parish. Sure it is much easier and less expensive if a priest is celibate to send him somewhere else. So what? They of course failed to mention the explosion of vocations in areas like Ukraine, for instance, where 800 men are responding to the call to what will be for many a married priesthood.)

And the idea of ordaining a mature man of virtue to the priesthood is not new. The very word “presbyter” means an elder, literally a “gray bearded one.” The presbyterate was generally seen in the early Church as the office of the more mature man, whereas the diaconate was the office of the younger man. The mandatory requirement of celibacy has inverted this order, however, whereby the call to priesthood is now something primarily for younger men and the call to the diaconate is the domain of the retiree! (A recent study of the diaconate in the US bears this out.)

The Church also needs to bear in mind that the ascetical ideal of celibacy is a means, not an end in itself. Service to the Church, access to her saving mysteries and pastoral care is vital to her common life and mission, whereas celibacy is not. When the Church stands before Christ at the judgement I have my doubts that a criterion for the judgment will be “Did you maintain the celibacy requirement for all candidates for the priesthood?” but rather “Did you feed my flock and tend my sheep?” I know of many good and worthy Latin deacons who would make excellent priests, and some even serve in so-called “priestless parishes.” Apart from Latin Church law, why should they not, with the proper training, be ordained to the priesthood? And let us not forget that a priest is not simply a shepherd for the flock he already has, but also an apostle for the flock he does not yet have. By ordaining more priests, you are also sending more apostles into the mission field to grow the Church.

That said, if the Latin Church is going to insist on maintaining the celibacy requirement, I think that it needs to ensure a greater sense of fraternity among priests by restoring the community life of the rectory. The model of Fr. O’Malley rattling around in his rectory by himself is an aberration, and should not be exalted as though it represented some sort of spiritual ideal. I think a return is warranted to more of a Basilian ideal of a community life of ascetics serving as a crucible of charity and support for the ascetical ideals they have embraced. Priestly ministry is and should be a fraternal exercise and priests need a sense of common life in their home. If this means closing down parishes, or at least consolidating rectories among several parishes, so be it. I believe that a sense of true fraternal life – which should include common meals and the praying of the Divine Office – will help to strengthen a celibate priest’s embrace of the ascetical call to celibacy.

Regarding these women and the priests with whom they are romantically involved, I think your analysis is spot on. But I think a stronger sense of priestly fraternity will help guard against these types of scandals.