One More Shea for Today… 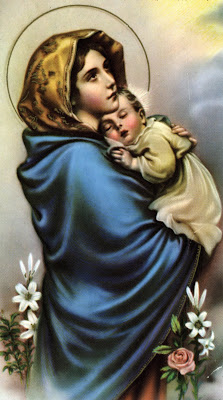 Thiss’un on Mary, in Kanye’s words, “the best woman of ALL TIME”:


One common complaint among Evangelicals or fundamentalists is that Catholics honor Mary “too much.” It’s a highly specialized complaint, much like the concern over Catholic “graven images” that completely overlooks the Evangelical’s own bowling trophies. After all (and I speak from experience here), Evangelicals have no problem honoring Paul. They write hundreds of books about him, talk about his greatness and genius in thousands of sermons, and generally hold him up as a shining model of Christian greatness — as they should. They rightly observe that, if not for Paul, the gospel would never have reached the Gentile world.

But there is an odd choking sensation among Evangelicals when Catholics note (with equal truth) that, without Mary, the gospel would never have reached the planet. The conversation chills under an icy cloud of fear and the sense of menace, as though the Catholic is just about to break out in a frenzy of goddess worship or seduce the Evangelical into offering milk and honey to Diana. Strange caveats and backpedalings ensue. We are suddenly informed that Mary’s “yes” to God means nothing special about her role in salvation history, and she certainly is deserving of no special mentions. We are informed that God would have chosen somebody else (as though we have full access to the inner counsels of the Divine Mind as He surveys all the infinite alternate universes of string theory).

Nobody ever feels the need to talk this way about Paul. When it comes to him, we remain in this universe, looking at what God actually did, rather than flying off to a billion other hypothetical universes to pontificate about what God surely would have done.

The real question is not, “Don’t Catholics honor Mary too much?” but rather, “Where do Evangelicalism or fundamentalism honor her ‘just enough’?” The reality, when we look at it, is that Catholics honor her as she should be honored, while one would have to search a very long time in Evangelical or fundamentalist circles to find any honor paid to her at all, and that quite grudging, timid, and filled with hesitations — a fact noted even by honest Evangelical scholars. Apart from “round yon Virgin, Mother and Child” at Christmas (a verse written by a Catholic, by the by), veneration and honor of the Blessed Virgin is almost nonexistent in Evangelical circles. It’s a bit like the teetotaler telling the normal man who likes a glass of wine at dinner that every sip is “drinking to excess.”

Certainly, Elizabeth has no such hesitation. Indeed (lest the illustration of the fallen soldier lead us toward becoming maudlin and imagining that Mary’s sorrows are the sole reason for honoring her), it should be noted that Elizabeth knows nothing of the sword that will pierce Mary’s soul when:

“the babe leaped in her womb; and Elizabeth was filled with the Holy Spirit and she exclaimed with a loud cry, “Blessed are you among women, and blessed is the fruit of your womb!”” (Lk 1:41-42)

Elizabeth zeros in on the essential core of Marian veneration in these words. It is not that Mary is a victim, but that Mary is the blessed and chosen Mother of God. Evangelicals, quick to dismiss any honors to Mary, will typically leap from this passage to Jesus’ remark, “Blessed rather are those who hear the word of God and keep it” (Lk 11:27) But, of course, that’s Elizabeth’s point, too: Mary is not blessed because she is giving birth; she is giving birth because she is blessed. Her faith in the word of God is so powerful that, through her, that Word is made flesh. And so she is most truly most blessed among women . . . .

Read the rest here. This one is a keeper. Damn it this guy’s got my number…

Copyrighted under Creative Commons for Kevin Johnston 2011 at http://solanobilitasvirtus.blogspot.com/
March 8, 2010article religion The One Holy Catholic and Apostolic Church Theotokos wotd
Some Bullsh*t Is Happening…Music & Morality