Patriotism as a Threat to Freedom 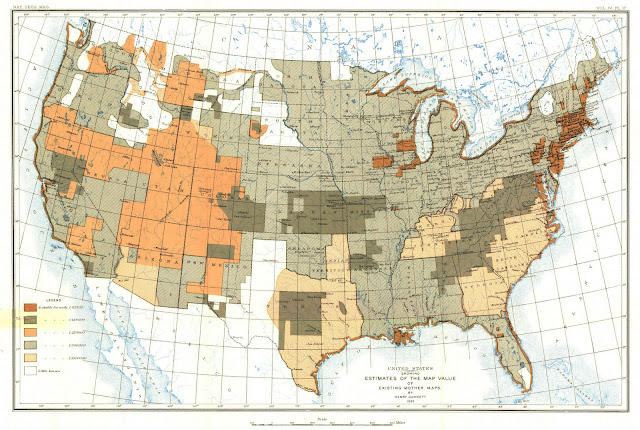 Looming in our future, and just as dangerous as the thinning of our values of freedom and self-sufficiency, is the NeoConservative “virtue” of patriotism at all costs. If you question this country’s mission abroad, in any sense, you are labelled as unpatriotic, a title that has become as damning as “racist” in many circles. But there are limits to patriotism, and a reckless stupidity in an overeager patriot. Mises.org published an article recently that spoke to this growing phenomenon:

Is patriotism instead the act of being loyal to the land itself, specifically the land upon which one grew up? If so, should someone who grows up in Nevada but moves to Connecticut for their career be patriotic toward Nevada or Connecticut? One might reply that the answer is both, because one lived in and identified with both regions.

If so, were our forefathers unpatriotic to want independence from their native Britain and make America their new home? We Americans don’t seem to think so now. But if the Latinos of Miami wanted to make Miami their own new Cuba by seceding, or if the southwestern states wanted to secede from the nation as a separate country or once again become part of Mexico, we would call them traitors.

Or is patriotism based on a connection to the people of a nation, to our fellow citizens? If so, should I be loyal to Americans because they are my compatriots? Why should I? It is my very patriotic neighbors who democratically vote to take my property and give it to someone else against my will. It is my neighbors who vote for regulation and government intervention that makes my life worse. It is my fellow citizens who vote for politicians that create wars and send millions of their own citizens to die.

Naturally, our government leaders call stealing from our neighbors patriotic. In 2008, Joe Biden said, “it’s time [for the rich] to be patriotic … time to jump in … time to be part of the deal … time to get America out of the rut.” Many people in fact do believe that the rich need to pitch in and help us innocent workers who are in this rut — a rut created by Biden and other government officials by their policies of printing money, spending more than they can steal from citizens, and in many other ways destroying our wealth and bringing on economic crises. It is a rut that was created because we voted yet again for the same bad policies of the last 100 years.

Biden implicitly says the wealthy are using too much of their money to provide us with goods and jobs. They should instead turn their assets into cash and give it to us to consume. Thus, according to Biden, it’s unpatriotic to provide the things that improve our lives. Conversely, it’s patriotic to squander all our wealth.

If this is patriotism, we should all be anti-American. Most Americans support these terrible ideas and support terrible politicians like Biden who cause this harm. The same applies to politicians and citizens in every country. Why should one be loyal to such people?

The people of Argentina — and other Latin American countries — face massive economic crises caused by their thieving politicians every decade, crises that involve hyperinflation that wipes out their life’s savings, creates banking crises, mass unemployment, massive national debt, and general suffering. They have endured human-rights abuses, political persecution, subservient judiciaries, lack of accountability, widespread corruption, virulent demagoguery, social upheaval, and the absence of individual economic rights for centuries. Yet Argentineans are incredibly patriotic and proud of their nation.

Citizens of Mexico and Cuba risk life and limb to escape to the United States in order to find work and survival, because their fellow citizens and government offer them few opportunities at home for prosperity. Yet both of these peoples proudly display their native flags while in exile.

Citizens of Germany and Austria have been led into war over and over with millions of fathers and brothers killed, yet they are historically always patriotic and ready for the next war (though since World War II they have been largely antiwar). Why should any of these people be patriotic? Exactly what are they supporting by being devoted to their country?

Patriotism is an abstract notion with no real substance. It means nothing; it’s just a façade, a fake, imaginary glue that keeps a people naively devoted to causes, countries, governments, and neighbors who usually bring them harm (the phrase “come together” is similarly ambiguous and empty). National borders mean nothing. They would not exist without government force, and they are usually laid out for reasons of politics and power, not in accordance with the religions, identities, culture, or preferences of individuals.

Time and again, decade after decade, borders change. The people on each side of a new border are supposed to be loyal to people within their new border, and to the new government forced upon them. They often resist and want their previous identities back. It is for this reason, and for reasons of freedom and self-rule, that regions such as Chechnya, Georgia, Palestine, Quebec, Northern Tibet, Taiwan, Sri Lanka, and Kosovo, among many others, often fight for independence. More often than not, those who fight for freedom (and for socialism, incidentally) are called freedom fighters, but they are labeled terrorists by those who oppose their separation.

In today’s America, patriotism, effectively, is the act of aggressing upon other nations; it is the act of stealing from our fellow man in the name of furthering our prosperity, while in fact destroying our prosperity. It is under the name of patriotism and supposed freedom that it is justifiable for the United States to attack citizens of any country, including its own.

Patriotism is usually the cause of many of our problems, not the solution to them. And as time passes, we become more obsessed with it. Now, a government official, or even football players and referees, cannot appear in public without an American flag on their lapel or jersey. Soon, it will be required that each of our cars have the red-white-and-blue ribbon plastered on it (for the few left that don’t already) — and such things have certainly happened in this country previously. We must all show that we are, as Biden said, “part of the deal.” It is reminiscent of Nazism, where all citizens swore allegiance to their ruler and proudly saluted and waved the Nazi flag in the name of nationalism; they lived and died for the glorious fatherland. We are only several steps behind them.

The right-wing radio hosts further this cause by obsessing about why we need to protect ourselves from aggressors and terrorists and fight for our freedom. In truth, there would be little to no protection needed if we would just leave the rest of the world alone. And not only do Republicans not offer us freedom through the economic and social policies they propose, but they cause us to lose freedom at rapid rates during the wars they sucker us into.

For a more thorough discussion of this concept, pick up Clive Staples Lewis’ The Abolition of Man, where he marks the Aristotelian Golden Mean between just patriotism and cruel & unjust patriotism that sees our fellow men living outside our country (purely by accidents of history) as less than worth our fellow countrymen. Beware that you do not see an Iraqi as worth less than an American, for in soul they are one and the same, with equal ability to salvific glory and goodness. Or a Mexican illegal immigrant. Or a Chinese factory worker. Or a Palestinian, or an Israeli, or a Sub-Saharan AIDS victim. The U.S. may lead the world in many ways, but with leadership comes great responsibility (and not necessarily military responsibility), which we often forget when we execute treaties, dictate moralities, or impose military sanctions…