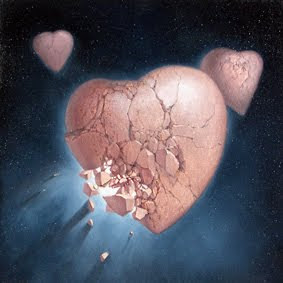 
Scarry’s analysis goes further. In The Body in Pain, she shows how torture violates every single aspect of the created world:

“The contents of the [torture] room, its furnishings, are converted into weapons: the most common instance of this is the bathtub that figures prominently in the reports from numerous countries, but it is only one among many. Men and women being tortured . . . describe being handcuffed in a constricted position for hours, days, and in some cases months to a chair, to a cot, to a filing cabinet, to a bed; they describe being beaten with “family-sized soft drink bottles” or having a hand crushed with a chair, of having their heads “repeatedly banged on the edges of a refrigerator door.” . . . The room . . . is converted into a weapon . . . made to demonstrate that everything is a weapon, the objects themselves, and with them the fact of civilization, are annihilated: there is no wall, no window, no door, no bathtub, no refrigerator, no chair, no bed.”

An essay in Christianity in Jewish Terms (ed. Tikva Frymer-Kensky et al.) notes that one Jewish view of “incarnation” is that all objects in the world are words spoken by God. Scarry shows how torture replaces God’s creating and sustaining imagination with the destructive imagination of the torturer — distorting and ruining all the words that make the world.

In torture, every action is used against you: standing, sitting, even swallowing. (Scarry notes that forced, repeated swallowing was used as torture in Greece, where it was called “making knots”: “Only when a person throws his head back and swallows three times does he begin to apprehend what is involved in one hundred and three or three hundred and three swallows, what atrocities one’s own body, muscle, and bone structure can inflict on oneself.”) Every bodily function is used to hurt and humiliate. Torture creates a horrific mirror-image of St. Francis’s Canticle of the Creatures. Compare his canticle — “All praise be Yours, my Lord, through Sister Water, so useful, lowly, precious, and pure” — with this testimony from a victim of waterboarding, collected by the Torture Abolition and Survivors Support Coalition International:

“Nasim, a survivor of waterboarding from Ethiopia, who does not want her last name in the press, says that she is “brought back to the torture chambers every time I hear the sound of splashing water. In the shower, when water hits my face, I must remind myself that I am not strapped to a board and that my lungs will not fill up with water until I lose consciousness.””

Torture warps language. Torturers, and their apologists, retreat into newspeak terms like “enhanced interrogation”: jargon to hide the reality of muscles in agony after hours of “stress positions,” or the hallucinations of sleep deprivation. Scarry notes, “Standing rigidly for eleven hours can produce as violent muscle and spine pain as can injury from elaborate equipment and apparatus, though any of us outside this situation, used to adjusting our body positions every few moments before even mild discomfort is felt, may not immediately recognize this.”

Torture seeks to make the victim complicit in his own suffering. The torturer seeks to replace God’s world, in the victim’s mind, with the torturer’s world. In a detention camp near Fallujah, one Iraqi man who worked for Reuters news service said, “Every time I mentioned God they would beat me.” Frederica Matthewes-Green writes of an Eastern Orthodox priest tortured by the Soviets:

“Fr. George recalled being compelled to say, for example, “I lied when I said ‘I believe in God.’ I lied when I said, ‘I love my mother and my father.'” This was extremely painful, as it was designed to be. The intention was to undermine the prisoner’s memory and personality, to infiltrate his consciousness with lies until he came to believe them.”

This is why torture is indifferent to truth. We hear a lot, these days, about the possibility of gaining information through torture. We no longer hear what used to be common knowledge, that torture is a machine for producing false confessions . . . .