Proof that Highschoolers Can Be Smarter than I 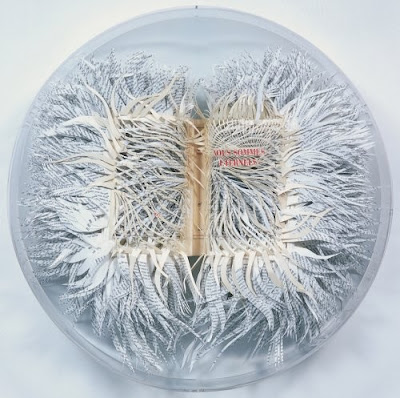 The following speech was delivered by top of the class student Erica Goldson during the graduation ceremony at Coxsackie-Athens High School on June 25, 2010:

There is a story of a young, but earnest Zen student who approached his teacher, and asked the Master, “If I work very hard and diligently, how long will it take for me to find Zen? The Master thought about this, then replied, “Ten years.” The student then said, “But what if I work very, very hard and really apply myself to learn fast – How long then?” Replied the Master, “Well, twenty years.” “But, if I really, really work at it, how long then?” asked the student. “Thirty years,” replied the Master. “But, I do not understand,” said the disappointed student. “At each time that I say I will work harder, you say it will take me longer. Why do you say that?” Replied the Master, “When you have one eye on the goal, you only have one eye on the path.”

This is the dilemma I’ve faced within the American education system. We are so focused on a goal, whether it be passing a test, or graduating as first in the class. However, in this way, we do not really learn. We do whatever it takes to achieve our original objective.

Some of you may be thinking, “Well, if you pass a test, or become valedictorian, didn’t you learn something? Well, yes, you learned something, but not all that you could have. Perhaps, you only learned how to memorize names, places, and dates to later on forget in order to clear your mind for the next test. School is not all that it can be. Right now, it is a place for most people to determine that their goal is to get out as soon as possible.

I am now accomplishing that goal. I am graduating. I should look at this as a positive experience, especially being at the top of my class. However, in retrospect, I cannot say that I am any more intelligent than my peers. I can attest that I am only the best at doing what I am told and working the system. Yet, here I stand, and I am supposed to be proud that I have completed this period of indoctrination. I will leave in the fall to go on to the next phase expected of me, in order to receive a paper document that certifies that I am capable of work. But I contend that I am a human being, a thinker, an adventurer – not a worker. A worker is someone who is trapped within repetition – a slave of the system set up before him. But now, I have successfully shown that I was the best slave. I did what I was told to the extreme. While others sat in class and doodled to later become great artists, I sat in class to take notes and become a great test-taker. While others would come to class without their homework done because they were reading about an interest of theirs, I never missed an assignment. While others were creating music and writing lyrics, I decided to do extra credit, even though I never needed it. So, I wonder, why did I even want this position? Sure, I earned it, but what will come of it? When I leave educational institutionalism, will I be successful or forever lost? I have no clue about what I want to do with my life; I have no interests because I saw every subject of study as work, and I excelled at every subject just for the purpose of excelling, not learning. And quite frankly, now I’m scared.

John Taylor Gatto, a retired school teacher and activist critical of compulsory schooling, asserts, “We could encourage the best qualities of youthfulness – curiosity, adventure, resilience, the capacity for surprising insight simply by being more flexible about time, texts, and tests, by introducing kids into truly competent adults, and by giving each student what autonomy he or she needs in order to take a risk every now and then. But we don’t do that.” Between these cinderblock walls, we are all expected to be the same. We are trained to ace every standardized test, and those who deviate and see light through a different lens are worthless to the scheme of public education, and therefore viewed with contempt.

H. L. Mencken wrote in The American Mercury for April 1924 that the aim of public education is not “to fill the young of the species with knowledge and awaken their intelligence. … Nothing could be further from the truth. The aim … is simply to reduce as many individuals as possible to the same safe level, to breed and train a standardized citizenry, to put down dissent and originality. That is its aim in the United States.”

To illustrate this idea, doesn’t it perturb you to learn about the idea of “critical thinking?” Is there really such a thing as “uncritically thinking?” To think is to process information in order to form an opinion. But if we are not critical when processing this information, are we really thinking? Or are we mindlessly accepting other opinions as truth?

This was happening to me, and if it wasn’t for the rare occurrence of an avant-garde tenth grade English teacher, Donna Bryan, who allowed me to open my mind and ask questions before accepting textbook doctrine, I would have been doomed. I am now enlightened, but my mind still feels disabled. I must retrain myself and constantly remember how insane this ostensibly sane place really is.

And now here I am in a world guided by fear, a world suppressing the uniqueness that lies inside each of us, a world where we can either acquiesce to the inhuman nonsense of corporatism and materialism or insist on change. We are not enlivened by an educational system that clandestinely sets us up for jobs that could be automated, for work that need not be done, for enslavement without fervency for meaningful achievement. We have no choices in life when money is our motivational force. Our motivational force ought to be passion, but this is lost from the moment we step into a system that trains us, rather than inspires us.

We are more than robotic bookshelves, conditioned to blurt out facts we were taught in school. We are all very special, every human on this planet is so special, so aren’t we all deserving of something better, of using our minds for innovation, rather than memorization, for creativity, rather than futile activity, for rumination rather than stagnation? We are not here to get a degree, to then get a job, so we can consume industry-approved placation after placation. There is more, and more still.

The saddest part is that the majority of students don’t have the opportunity to reflect as I did. The majority of students are put through the same brainwashing techniques in order to create a complacent labor force working in the interests of large corporations and secretive government, and worst of all, they are completely unaware of it. I will never be able to turn back these 18 years. I can’t run away to another country with an education system meant to enlighten rather than condition. This part of my life is over, and I want to make sure that no other child will have his or her potential suppressed by powers meant to exploit and control. We are human beings. We are thinkers, dreamers, explorers, artists, writers, engineers. We are anything we want to be – but only if we have an educational system that supports us rather than holds us down. A tree can grow, but only if its roots are given a healthy foundation.

For those of you out there that must continue to sit in desks and yield to the authoritarian ideologies of instructors, do not be disheartened. You still have the opportunity to stand up, ask questions, be critical, and create your own perspective. Demand a setting that will provide you with intellectual capabilities that allow you to expand your mind instead of directing it. Demand that you be interested in class. Demand that the excuse, “You have to learn this for the test” is not good enough for you. Education is an excellent tool, if used properly, but focus more on learning rather than getting good grades.

For those of you that work within the system that I am condemning, I do not mean to insult; I intend to motivate. You have the power to change the incompetencies of this system. I know that you did not become a teacher or administrator to see your students bored. You cannot accept the authority of the governing bodies that tell you what to teach, how to teach it, and that you will be punished if you do not comply. Our potential is at stake.

For those of you that are now leaving this establishment, I say, do not forget what went on in these classrooms. Do not abandon those that come after you. We are the new future and we are not going to let tradition stand. We will break down the walls of corruption to let a garden of knowledge grow throughout America. Once educated properly, we will have the power to do anything, and best of all, we will only use that power for good, for we will be cultivated and wise. We will not accept anything at face value. We will ask questions, and we will demand truth.

I am now supposed to say farewell to this institution, those who maintain it, and those who stand with me and behind me, but I hope this farewell is more of a “see you later” when we are all working together to rear a pedagogic movement. But first, let’s go get those pieces of paper that tell us that we’re smart enough to do so!

I have always thought the above was true, but never been able to put it into words. I am plenty smart, but could never get good grades. I credit the system with the disparity. Schooling has but one path, and my brain always worked better on others. Somehow, the way the school system does it now stifles creativity and lateral thinking. Maybe it lies in the fact that schooling has become a business, about money instead of people. But I don’t see it changing any time soon…

One thought on “Proof that Highschoolers Can Be Smarter than I”