Puzzling Over How the Other Side Thinks 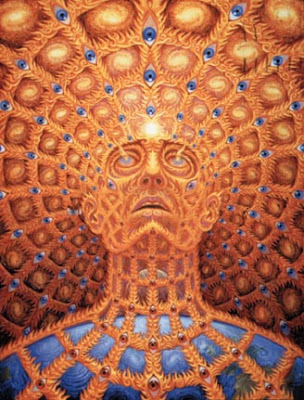 Theological giant Peter Kreeft (probably the Clive Staples Lewis of our time) wrote an excellent deconstruction of liberal thought this past week, called The Cybernetics of Liberalism (horribly off title if you ask me). In it, he notes several things that are strange about the way people think these days:


A . . . puzzling phenomenon I find in my students is what C. S. Lewis calls “chronological snobbery:” the view that an idea need not be refuted, just sneered at as unfashionable; that “we are the people, and wisdom will die with us;” that history presents us with a simple “good guys vs. bad guys” scenario — not intellectually (the wise vs. the foolish) or morally (saints vs. sinners), but chronologically (the “tradition-bound,” the “primitive,” the “closed,” or the “stagnant” vs. the “enlightened,” the “nuanced,” the “open,” or the “dynamic”). They call this “the historical point of view;” I call it dissolving the rock of truth into the sands of time. Truth for them is a process, a river with no origin and no end, that never reaches the sea but always gets wider and truer as it flows on and on.

The popularity of this historical relativism has always puzzled my simplistic mind because it is obviously self-contradictory. If progressivism is true and traditionalism false, then there must be a real true and false; but that is precisely what traditionalism claims and progressivism denies. It is only a slightly more sophisticated version of the silly old skepticism that says, “It is true that there is no truth.”

[Looking for the solution as to why things seem so backwards for liberals,] I asked myself why liberals are more concerned for the rights of criminals than of victims, more protective of the guilty than of the innocent; why they justify the killing of innocent unborn babies but not convicted adult murderers. I thought it was the same reason they gave President Bill Clinton such high approval ratings when he was in office: they instinctively sympathize with those who resemble themselves, i.e., those who are willing to murder, but not with those who are the most unlike themselves, i.e., the innocent. But that only deepens the mystery. What leads to this misfiling?

Let’s look at the heart of the darkness and frankly ask the question: How can any morally sane human being justify abortion? If that’s not wrong, nothing is wrong. The answer seems clear: The motive for abortion is backup birth control. Why else does anyone want an abortion? What is the motive for birth control? That is equally clear: to have sex without having babies. If storks brought babies, nobody would sell condoms. Or abortions. So what is the drug or the addiction that has scrambled their brains? It’s not the economy, stupid; it’s the sex.

I then looked at another clue in another area: theology. I asked: Why do liberals think of God in such a human way and of humanity in such a Godlike way? They say God is in process and development and has feelings and needs, but they say we humans should “realize our own inner divinity.” Why do they resent the gap between God and Man? Why do they damn the distinction and trash the transcendence? The immediate answer is fairly obvious and fairly traditional. Ever since Lucifer’s rebellion, I think they resent being No. 2 and hate the “authoritarianism” of No. 1. But why? Is it Luciferian pride? Elitism and the demand for excellence? Hardly. The limp souls of modern men are almost incapable of the sin of pride. (That’s why they talk incessantly about “self-esteem.”) When they say they demand “autonomy,” they are not in the grip of some grand ambition; they just want to be left alone to do their own “thing.” What thing? What don’t they want God to wag His finger at? Which commandment rankles? You cannot be in any doubt about the answer unless you are from Mars or Saudi Arabia, or have never watched American soap operas. And it’s not the economy, stupid. They don’t make soap operas about economics.

Here is another clue: It concerns the liberals’ philosophy of man. (Oops! Mea culpa! I forgot the new Puritanism and sinned the great sin, the obscenity of “sexism!”) Why is the liberal image of man simultaneously angelistic and animalistic?

It is angelistic, or Gnostic, in ignoring the body. When it is religious, it talks about “spirituality” instead of sanctity. When it is moralistic, it is purely subjective, focusing on feelings and attitudes such as “compassion” and “sincerity.” When it is artistic, it has a pathological fear of material beauty and a deliberate cultivation of ugliness, even among its liturgists. When it is ecclesiastical, it despises a visible Church and a visible Magisterium. When it is theological, it downplays a bodily resurrection, literal miracles, and transubstantiation.

On the other hand, it is animalistic in cherishing Evolution as a dogma, because if we are only clever apes, we can only be expected to act like clever apes (“safe sex” apes). Liberals expect us to curb our apelike behavior with regard to war, violence, abuse, and theft. They even demand we stop smoking! But when it comes to sex, restraint is literally unthinkable. A liberal is someone who will distribute condoms, but not cigarettes. A liberal is one who demands clean air so he can sing dirty words. A liberal is one who demands the “free enterprise” system for sex, but not for money.

Here is another clue. Traditional Christian wisdom declares that man is of incalculable value ontologically, because he is made in God’s image and destined for the divine marriage, but at the same time of great blame morally because he is an incorrigible sinner. Liberals simply reverse this. Why? Why do liberals think man is so good morally but not so good ontologically? Because the traditional view that man is a sin-defaced masterpiece instead of an innocent ape makes sin doubly awful and repentance doubly necessary. And which sin has emptied the confessional booths today?

Another contradiction: Why do liberals, who say morality is all subjective and a matter of invisible, inner attitudes and feelings and intentions, then go on to identify morality with social action, i.e., political, external, visible “peace and justice” programs? Because both are diversions from the concept of sexual sin. It’s easy to have loving intentions during acts of lovemaking, no matter who it is. And it’s easy for even the most sexually depraved to work for peace and justice and feel self-righteous doing it. It doesn’t threaten their lifestyle. (By the way, who covered the naked emperor with that euphemism? Why don’t they call the Inquisition or the Crusades a lifestyle?)

Read the whole thing, and try to do so rationally, while suspending your emotional attachment to the word “liberal” (which even I have to do since I am pretty liberal when it comes to civil rights…). If you can swallow truth, I think this article is more pertinent than I have seen in a while…

Copyrighted under Creative Commons for Kevin Johnston 2011 at http://solanobilitasvirtus.blogspot.com/
November 18, 2010article dirty liberals
How This Side ThinksThings Worth Discussing