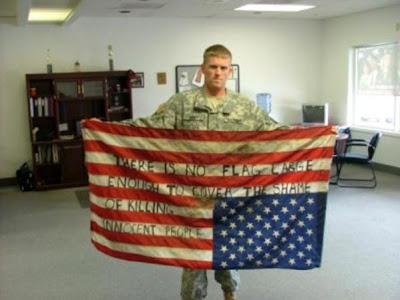 Patriot used to mean love of country, and was then a virtue; but now it seems to be a love to have our own way, in our country, and is now ambition. The true patriot is one who loves to develop the highest excellence of his Father’s bounty-land, and comprehends soil, institutions, and his fellow men, untrammeled by geographical or genealogical lines. We forget that God is above country, and while the latter may do to live by, He alone will do to die by. Love of liberty, of life, family and home, are all virtues; but we must be watchful that the means used to protect them subserve the highest moral authority. The patriotism which elevates says, I do not know how to fight – I will not learn – I would not fight if I knew how, not aid others in doing so – a patriotism which elevates the spiritual above the animal nature; which regards the slaveholder less an enemy than an unfortunate, misguided and erring brother, who requires even more love and solicitude; which does not call him brute or savage, though facts might justify such expression; that metes out, the more he errs, kindness and goodness, with an earnest vindication of all the rights of humanity, an advanced civilization and the love of the whole country, with the love of its countrymen – such patriotism opens up the duties of the true citizen and patriot, and fears no peril to self or nation.

Why ask him to accept this sword “to be drawn in the defense of our holy religion”? A religion that needs the defense of the sword is not holy, nor worth defending. The moment it demands such protection, it ceases to be acceptable to our Father, who taught a religion in the example of His Beloved Son, of meekness with firmness, submission with persuasion, martyrdom with Resurrection…