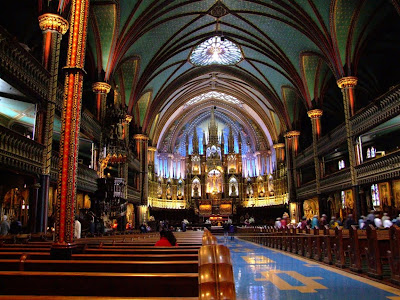 Mark Shea (almost) always gets it right. This time, about the blanket rhetoric you may have heard about “the incompetency of religion.”:


A correspondent of mine, all agog for the New Atheism, spouted the hackneyed slogan “Science Works. Religion Doesn’t” some time back, along with the claim that “all religions claim exclusive possession of the truth”. My reply:

No small part of the problem with this sort of sloganeering is that there is a marked laziness on the part of critics of “religion”. They seem to have only the haziest notion of what they mean by the word. I’m afraid I find a similar haziness in your remarks. What do you mean by “religion”? If you mean “the worship of a deity or deities” where do you put Buddhism in that? Some people would class Confucianism as a religion. I would not, since I think it is basically an ethical code. In the Catholic tradition, “religion” has a very precise meaning. Saying “religion doesn’t work” would, in light of that particular meaning (namely, the practical observance of one’s duties to God and neighbor) be a nonsense saying since “religio” is all *about* doing the works God requires such as clothing the naked, feeding the hungry, etc. Religion has, in that sense, worked extremely hard for centuries. But by the same token, not all of Catholic faith consists of “religio”. The tradition is too big for that. In addition to work, there is contemplation. Indeed, some of the contemplation gave rise to the sciences because the West came to the settled conviction that the universe was knowable because both it and we were the creation of a God who made us intelligent and it intelligible. (Note before jerking knee: I am not speaking here of “Intelligent Design” but of the philosophic matrix from which the sciences arose.)

Of course, I doubt that by “religion” you mean Corporal and Spiritual Works of Mercy or liturgical duties to God. I suspect you mean something like “Religion doesn’t work at telling us anything about the physical universe”. But then (at least from a Catholic perspective), that’s sort of like saying Jesus would have been a bad bowler. So what? The purpose of the revelation is not to give us scientific information any more than to give us bowling tips. It is to give us information we need in order to come to the knowledge of God. It was the devout Catholic Galileo who reportedly said that the Scriptures tell us how to go to Heaven, not how the heavens go. That’s not to say that science doesn’t matter to the Catholic faith. The Catholic Faith says (in flat contradiction to some religious traditions) that the universe matters intensely since God took on a body of matter in this universe of time, space, matter and energy which he himself had made. Because of that, the West adopted the fundamental attitude that Science was a Good Thing because God spoke through creation. If another religious tradition has been adopted, such as gnosticism, our culture would have never developed the sciences at all, because the whole scientific enterprise would have been regarded as a waste of time since (in the gnostic view) only the spiritual matters and the physical world is a snare, a work of an evil god or an illusion.

Read the rest here. Worth it.

Copyrighted under Creative Commons for Kevin Johnston 2011 at http://solanobilitasvirtus.blogspot.com/
July 19, 2010article artsy atheism religion The One Holy Catholic and Apostolic Church
Things from All Around Internet TownSwitch