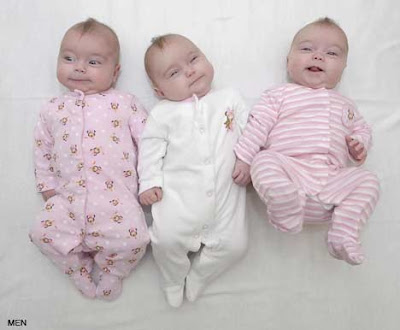 Followup from the ToTheSource article I posted last week:


Having laid out my case for the secular case against abortion in the May 5th broadcast of this series, I will now respond to ten common objections to the pro life position, beginning with five arguments that attempt to recruit certain scientific facts to serve the cause of killing human embryos and fetuses. Each of these arguments has, I assure you, been seriously advanced.

Objection one: The first of these biological arguments is that if the embryo has moral worth, so must every one of our skin cells. Each of our skin cells contains our genetic code. Those cells are human, and they are alive. Are we committing genocide every time we towel off after a shower?

Well, no. A skin cell is not an organism. It may have been human and had life, but it was not a human life. It was not a living human being. The new embryo, on the other hand, is a complete, though immature, human organism.

Objection two: The early human embryo isn’t a human being because it could still split into twins. Because there could be two individuals there, there are really none.

This is like saying that a flatworm isn’t a flatworm because it can be split into two flatworms. It may be helpful to think about the developing science of cloning, which uses cells taken from organisms, such as sheep, along with other biological material to create new organisms that are genetic replicas of the originals. One day it may well be possible to do this for human beings, and it will therefore be possible to create a kind of twin for each of us. It will not follow that none of us has a right to life.

Objection three: Molecular biologist Lee Silver, the author of Remaking Eden, has given us argument three, which I will quote in full:

The confusion people have is with the meaning of the words life and alive. We use the words in two very different ways, one meaning vegetative life, the other conscious life. To biologists, life in a vegetative sense simply means the life of cells. In fact, in this beaker [gestures toward beaker containing a pinkish fluid], there are living human cells. Millions of human cells. They are perfectly alive and they are perfectly human, but they are not conscious. But when you talk about human beings and persons, we are talking about consciousness.The best example of the difference that I know of is what happens when a person is shot with a bullet in the heart—he dies almost instantly. And yet, most of his body is still alive. So the person is dead, even though his body, for the most part, is alive. That is the distinction between vegetative life and conscious life. Human embryos are cells, and they are alive in a vegetative sense, not a conscious sense.

The man who is killed by a bullet to the head does not go from being “conscious” life to being “vegetative” life. He becomes dead. He is dead even if particular cells, tissues, and organs retain life for a while, because those cells, etc., are no longer parts of a functioning, integrated whole. The fact that an embryo or fetus isn’t conscious doesn’t prove that it’s not an organism—which is what it would have to do for Silver’s argument to work. Even if he abandons his point about cellular life, he still has to justify making the right to life depend on consciousness (a criterion that does not distinguish between humans and animals, and excludes unconscious humans).

Objection four: I like to call this argument the brainless argument. It is a particular favorite of University of California-Santa Barbara neuroscientist Michael Gazzaniga. The argument starts with the observation that we treat brain-death as the criterion for death, and allow organs to be removed for the benefit of others after it has occurred. Since embryos have not yet developed brains, the argument runs, they are in the same position as the brain-dead.

Also, the criterion we use is the death of the whole brain, not just of the cerebrum. We don’t treat people as dead, in other words, simply because they can no longer think. We treat them as dead because they are no longer organisms: because their brains can no longer do the work of integrating the organisms’ functioning (at a point in development when the brain performs the primary integrating function). The embryo does, however, manage to integrate its own functioning even before a brain emerges to take over most of that work.

Objection five: Embryos and fetuses cannot develop on their own. If they’re not implanted in a womb, embryos won’t develop into fetuses, let alone into infants.

This is true; but it is also true that infants themselves will not develop, thrive, or even survive if they are not given suitable environments. All of us are, as Alasdair McIntyre puts it, dependent rational animals.

So much for the biological arguments. Three other arguments for abortion are based on intuitions that many people allegedly have.

Objection six: There is the objection that, as my National Review colleague Jeffrey Hart put it in arguing for embryo-destructive research, embryos “do not look like human beings.” They have no limbs or hearts or faces or memories. The liberal columnist Jonathan Alter calls the pope “perverse” for wanting to protect the life of “a tiny clump of cells no bigger than the period at the end of this sentence.” Anna Quindlen calls the embryo “a cluster of undifferentiated cells.” The liberal columnist Michael Kinsley says that embryos are “microscopic clumps of cells” that have less in common with you or me than a mosquito.

But of course the embryo looks exactly like a human being: It looks like a human being in the embryonic stage of development. Each of us looked like that at that age. Science has opened up whole worlds of knowledge and possibility to us. Among the knowledge that we have gained is that human beings at their beginnings look like nothing we have ever before seen. Embryos are composed of cells, it is true; but it is also true that Kinsley, Quindlen, and Alter are clumps of cells. Alter is correct to suggest that they are larger clumps of cells. But it’s hard to see how size should be the difference between having a right to life and lacking one. And unlike mosquitos, but like you or me, human embryos are complete human organisms.

There is ample precedent in human history for denying rights to groups of human beings because they do not look like us, where “us” includes all the people who have the power to deny those rights. We realize, however, that our natural sentiments, instincts, and intuitions can go badly awry and have to be examined in the light of reason.

Objection seven: There is an argument from intuition that is based on the high rate of miscarriages. Kinsley argues that it makes no sense to object to the killing of embryos when miscarriages occur routinely in nature. The liberal philosopher Michael Sandel notes that we do not typically bury or have mourning rites for miscarried embryos.

The analogy between miscarriages and the deliberate destruction of embryos is a simple fallacy. It’s simply an error to suppose that the occurrence of an event in nature justifies the deliberate mimicking of that event. There have been many societies in human history where infant mortality rates were quite high, but those high rates do not establish that infanticide would have been morally justified in those societies. The high natural death rate among 90-year-olds does not make it right to burn down nursing homes. The tsunami that occurred in December 2004 does not mean that it’s okay to slaughter Asians.

Nor can the point about burials hold much weight. As a matter of fact, many mothers do grieve intensely over miscarriages. But there are many factors that affect our emotional responses to deaths without affecting the right to life. We may, for example, grieve more over the death of a middle-aged man than an elderly one, or of a healthy man than one who had suffered a long illness, without thinking any less of the latter’s right not to be killed.

Objection eight: Another argument from intuition has been made by the recently retired Boston Globe columnist Ellen Goodman. She asks us to imagine a child trapped in a burning fertility clinic. Who would you save, she asks: the child or some embryos?

The question does not prove the point Goodman thinks it does.

Think about another hypothetical situation: You’re in a burning building. You can either rescue a research scientist who is making great strides toward a cure for Alzheimer’s disease, or rescue four heroin-addicted 58-year-old men who have spent their lives rotating through the penal system and are likely to continue to do so. Whom do you save?

Let’s say you save the scientist. Are you therefore saying that it’s permissible to kill hopeless old addicts? Are you saying that such people do not have the same right not to be killed that the scientist does?  Of course not.  Neither Goodman’s question nor mine asks you to contemplate killing anyone. The moral question posed by the burning-building scenarios is the extent to which you can show favoritism without being unjust. That’s an interesting question. But in answering it we might reasonably take account of all kinds of things—family ties, the life prospects of potential rescuees, the suffering they would undergo if not rescued, etc.—that aren’t relevant to the question: Can we kill them?

Objection nine: The first concerns pluralism. It starts with the observation that there are many competing views in our society about the morality of killing human embryos and fetuses, and then moves to the conclusion that government should leave people free to adopt whatever view they reach.

But the law will either treat the embryo as a human being with a right to be protected from unjust killing or it will not. It cannot be neutral in the matter. It will have to follow one of those competing views. People are, of course, free to adopt any view they want; they can take the view that five-year-olds do not have a right to life. But almost all of us would rightly reject the idea that anyone has the right to act on that view. And we would reject it even if we lived in a society where large numbers, or a majority, of people held that misguided view.

Pluralism is a good thing, but pluralism cannot be pluralistic about its own ground rules, especially the rule against killing one another. We would do well to remember that the classic expression of tolerance is the saying, “Live and let live.”

Objection ten: Occasionally one runs into arguments for abortion that do not deny the personhood or humanity of the fetus. One such defense is philosopher Judith Jarvis Thomson’s famous argument that the fetus does not have a just claim on the use of its mother’s body and time, and can rightly be evicted from the womb.

But in abortion, the death of the fetus is often the goal of the procedure, and always the means to the end. It is a deliberate killing that usually rips apart the fetus or does some other violence to him in the womb. Trespassers, even those more blameworthy than the fetus, are generally dealt with less harshly.

Copyrighted under Creative Commons for Kevin Johnston 2011 at http://solanobilitasvirtus.blogspot.com/
May 25, 2010Abortion atheism
Switch"?"