Suicide of the West 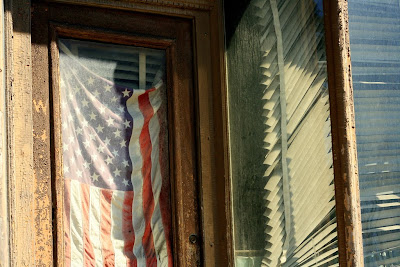 I don’t love the American Conservative, but Theodore Dalrymple (an atheist who sincerely wishes he was a theist) posted a solemn reflection hilighting the decline of the west due to atheism & apathesim(my new favorite concept that is actually a word I thought I was inventing) spreading to the United States:

The secularization of Europe is hardly a secret. Religion’s long, melancholy, withdrawing roar, as Matthew Arnold put it, is a roar no longer, and hardly even a murmur. In France, the oldest daughter of the Church, fewer than 5 percent of the population attend Mass regularly. The English national church has long been an object of derision, and the current Archbishop of Canterbury succeeds in uniting the substance and appearance of foolishness and unworldliness not with sanctity, but with sanctimony. In Wales, where nonconformist Christianity was the dominant cultural influence, most of the chapels have been converted into residences by interior decorators. Vast outpourings of pietistic writings molder on the shelves of secondhand booksellers, which themselves are closing down daily. In the Netherlands, some elements of the religious pillarization of the state remain: state-funded television channels are still allotted to Protestants and Catholics respectively. But while the shell exists, the substance is gone.

Perhaps it is Ireland that offers the most startling example of secularization because it was a late starter. Late starters, however, are often apt pupils; they catch up fast and even surpass their mentors. When I first went to Ireland, the priest was a god among men; people stood aside to let him pass. No respectable family did not count a nun among its members. As for the Archbishop of Dublin, his word was law; the politicians might propose, but he disposed.

In the historical bat of an eyelid, all that has gone, beyond any hope (or fear) of restoration. It would hardly be too much to say that the Church is now reviled in Ireland. I suspect that if you performed a word-association test using the word “priest,” it would more often than not evoke a response of “pedophile,” “child abuser,” or (at best) “hypocrite.”

The extremely low birth-rates in Spain and Italy, the lowest recorded in any modern society, suggest that the populations of these traditionally Catholic countries do not pay much attention to the teachings of their Church. Recently in Belgium, I saw an old convent where the remaining nuns were all in their eighties and would never be replaced. When they die, their convent will presumably be turned into luxury apartments for unwed professional couples with no children.

God is dead in Europe, and I do not see much chance of revival except in the wake of catastrophe. Not quite everything has been lost of the religious attitude, however. Individuals still think of themselves as being of unique importance, but without the countervailing humility of considering themselves as having duty toward the author of their being, a being inconceivably larger than themselves. Far from inducing a more modest conception of man, the loss of religious belief has inflamed his self-importance enormously.

For the person with no transcendent religious belief, this life is all he has. He must therefore preserve and prolong it at all costs and live it to the full. There are not many Hamlets who could be enclosed in a nutshell and count themselves kings of infinite space. For most people, living to the full means consuming as much as possible, having as many experiences as possible, and not only many experiences, the most extreme experiences possible.

But the problem with consumption is that it soon ceases to satisfy. How else can one explain the crowds that assemble in every city center every weekend to buy what they cannot possibly need and perhaps do not want? Will another pair of shoes supply a transcendent purpose?

The same might be said of the experiences that people feel they must seek if they are to live life to the full. Sports become more extreme in their competitive urgency, holidays more exotic, films more violent, broadcasting more vulgar, the expression of emotion more crude and obvious. Compare advertisements showing people enjoying themselves 60 years ago and now. Mouths are open and screams, either of joy or pain, emerge. Quiet satisfaction is not satisfaction at all; what is not expressed grossly is not deemed to have been expressed.

Of course, there might be transcendent meaning to life apart from that provided by religion. There is scholarship, but the infinitudes of learning cannot be suited to the great majority of mankind: not only would a population of scholars soon starve to death, it would not even be pleasant while it lasted. Transcendent meaning can also be sought in politics. Marxism might have been deficient as an explanation of the world, but for a time it gave people the feeling that they were contributing to the denouement of history, when all contradictions would be resolved, all desires fulfilled, and all human relations easy, spontaneous, and loving. It was obvious nonsense, but not more obvious nonsense than the religious ideas of those whose religious ideas we do not share. And while Marxism was discredited for all but a few aging faithful, the impulse transferred seamlessly to other causes—environmentalism, nationalism, animal rights, feminism.

Read the rest, where Dalrymple states why America is different than Europe, but is not immune to this spreading frame of mind…

Mark Steyn hinted at a similar concept recently too…

Copyrighted under Creative Commons for Kevin Johnston 2011 at http://solanobilitasvirtus.blogspot.com/
March 11, 2010apatheism atheism END THE FED religion social commentary The One Holy Catholic and Apostolic Church
Things You Should KnowWhat Is a Right?