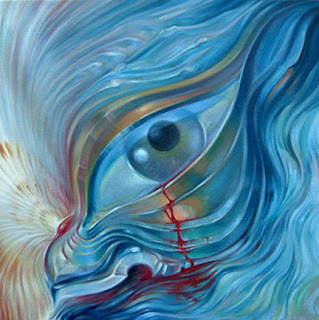 A friend got me thinking recently about the moral weight of suicide. I don’t have many thoughts that are clear on the topic, but I did find an interesting quote I thought probably sums up my thoughts well, from Letters from California Jumpers:

I instantly realized that everything in my life that I’d thought was unfixable was totally fixable—except for having just jumped.

And of course, I am partial to this Chesterton quote from Orthodoxy:


Not only is suicide a sin, it is the sin. It is the ultimate and absolute evil, the refusal to take an interest in existence; the refusal to take the oath of loyalty to life. The man who kills a man, kills a man. The man who kills himself, kills all men; as far as he is concerned he wipes out the world. His act is worse (symbolically considered) than any rape or dynamite outrage. For it destroys all buildings: it insults all women. The thief is satisfied with diamonds; but the suicide is not: that is his crime. He cannot be bribed, even by the blazing stones of the Celestial City. The thief compliments the things he steals, if not the owner of them. But the suicide insults everything on earth by not stealing it. He defiles every flower by refusing to live for its sake. There is not a tiny creature in the cosmos at whom his death is not a sneer. When a man hangs himself on a tree, the leaves might fall off in anger and the birds fly away in fury: for each has received a personal affront. Of course there may be pathetic emotional excuses for the act. There often are for rape, and there almost always are for dynamite. But if it comes to clear ideas and the intelligent meaning of things, then there is much more rational and philosophic truth in the burial at the cross-roads and the stake driven through the body, than in Mr. Archer’s suicidal automatic machines. There is a meaning in burying the suicide apart. The man’s crime is different from other crimes — for it makes even crimes impossible.

About the same time I read a solemn flippancy by some free thinker: he said that a suicide was only the same as a martyr. The open fallacy of this helped to clear the question. Obviously a suicide is the opposite of a martyr. A martyr is a man who cares so much for something outside him, that he forgets his own personal life. A suicide is a man who cares so little for anything outside him, that he wants to see the last of everything. One wants something to begin: the other wants everything to end. In other words, the martyr is noble, exactly because (however he renounces the world or execrates all humanity) he confesses this ultimate link with life; he sets his heart outside himself: he dies that something may live. The suicide is ignoble because he has not this link with being: he is a mere destroyer; spiritually, he destroys the universe.