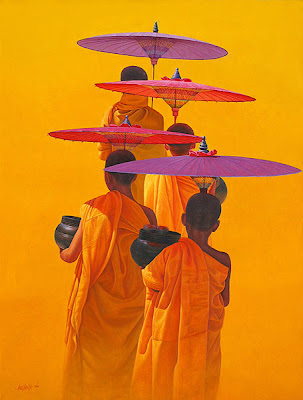 That’s one reason most revolutions fail. They self-destruct from within. Jesus and the great spiritual teachers primarily emphasized transformation of consciousness and soul. Unless that happens, there is no revolution. When leftists take over, they become as power-seeking and controlling and dominating as their oppressors because the demon of power has never been exorcized. We’ve seen this in social reforms and many grassroots and feminist movements. You want to support them and you agree with may of their ideas, but too often they disappoint. I wonder if Jesus was not speaking of this phenomenon when He spoke of throwing out the demons and then seven other demons returned, making it worse than before ( Matt. 12:45) Overly zealous reformers tend to corrupt the reformers while they remain themselves incapable of seeing themselves as unreformed. We need less reformation and more transformation.

The lie always comes in a new form that looks like enlightenment. We all say “this is it,” and we jump on the bandwagon, the new politically-correct agenda. And then we discover it’s run by the unenlightened people who in fact do not love God but love themselves. They do not love the truth, but love control. The need to be in power, to have control, and to say someone else is wrong is not enlightenment. Such unenlightened leaders do not love true freedom for everybody, but freedom for their system. That’s been my great disappointment with liberals. Liberals often lack the ability to sacrifice the self or create foundations that last. They cant let go of their need for change and control and stand still in a patient, humble way as people of faith often can. No surprise that Jesus prayed not just for fruit, but “fruit that will last” (Jn 15:16). A rarity, it seems.