Computers are useless. They can only give you answers.

Computers are like bikinis. They save people a lot of guesswork.

They have computers, and they may have other weapons of mass destruction.

That’s what’s cool about working with computers. They don’t argue, they remember everything, and they don’t drink all your beer.

If the automobile had followed the same development cycle as the computer, a Rolls-Royce would today cost $100, get a million miles per gallon, and explode once a year, killing everyone inside.

The Internet? Is that thing still around?

There are only two industries that refer to their customers as ‘users’.

640K ought to be enough for anybody.

Windows NT addresses 2 Gigabytes of RAM, which is more than any application will ever need. 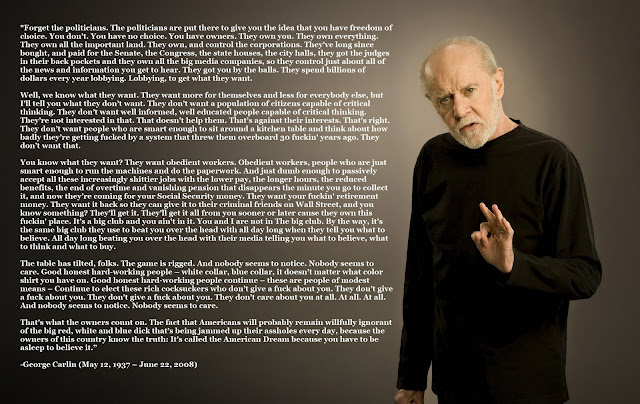 Click it to embiggen.
Forgive me for buying into Carlin’s pessimism. I usually don’t…