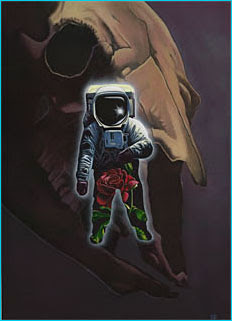 But this theory of our government is wholly different from the practical fact. The fact is that the government, like a highwayman, says to a man: Your money, or your life.” And many, if not most, taxes are paid under the compulsion of that threat.

The government does not, indeed, waylay a man in a lonely place, spring upon him from the roadside, and, holding a pistol to his head, proceed to rifle his pockets. But the robbery is none the less a robbery on that account; and it is far more dastardly and shameful.

The highwayman takes solely upon himself the responsibility, danger, and crime of his own act. He does not pretend that he has any rightful claim to your money, or that he intends to use it for your own benefit. He does not pretend to be anything but a robber. He has not acquired impudence enough to profess to be merely a “protector,” and that he takes men’s money against their will, merely to enable him to “protect” those infatuated travellers, who feel perfectly able to protect themselves, or do not appreciate his peculiar system of protection. He is too sensible a man to make such professions as these. Furthermore, having taken your money, he leaves you, as you wish him to do. He does not persist in following you on the road, against your will; assuming to be your rightful “sovereign,” on account of the “protection” he affords you. He does not keep “protecting” you, by commanding you to bow down and serve him; by requiring you to do this, and forbidding you to do that; by robbing you of more money as often as he finds it for his interest or pleasure to do so; and by branding you as a rebel, a traitor, and an enemy to your country, and shooting you down without mercy, if you dispute his authority, or resist his demands. He is too much of a gentleman to be guilty of such impostures, and insults, and villanies as these. In short, he does not, in addition to robbing you, attempt to make you either his dupe or his slave.

The proceedings of those robbers and murderers, who call themselves “the government,” are directly the opposite of these of the single highwayman.