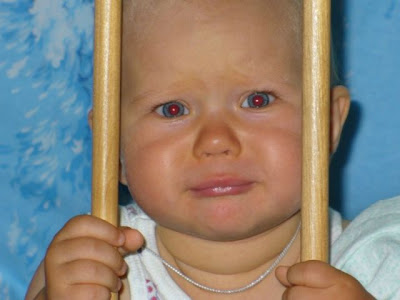 Joseph Sobran wrote a great column over ten years ago at Mises.org about how to teach your kids about government:


Because I write about politics, people are forever asking me the best way to teach children how our system of government works. I tell them that they can give their own children a basic civics course right in their own homes.

In my own experience as a father, I have discovered several simple devices that can illustrate to a child’s mind the principles on which the modern state deals with its citizens. You may find them helpful, too.

For example, I used to play the simple card game WAR with my son. After a while, when he thoroughly understood that the higher ranking cards beat the lower ranking ones, I created a new game I called GOVERNMENT. In this game, I was Government, and I won every trick, regardless of who had the better card. My boy soon lost interest in my new game, but I like to think it taught him a valuable lesson for later in life.

When your child is a little older, you can teach him about our tax system in a way that is easy to grasp. Offer him, say, $10 to mow the lawn. When he has mowed it and asks to be paid, withhold $5 and explain that this is income tax. Give $1 to his younger brother, and tell him that this is “fair”. Also, explain that you need the other $4 yourself to cover the administrative costs of dividing the money. When he cries, tell him he is being “selfish” and “greedy”. Later in life he will thank you.

Make as many rules as possible. Leave the reasons for them obscure. Enforce them arbitrarily. Accuse your child of breaking rules you have never told him about. Keep him anxious that he may be violating commands you haven’t yet issued. Instill in him the feeling that rules are utterly irrational. This will prepare him for living under democratic government.

When your child has matured sufficiently to understand how the judicial system works, set a bedtime for him and then send him to bed an hour early. When he tearfully accuses you of breaking the rules, explain that you made the rules and you can interpret them in any way that seems appropriate to you, according to changing conditions. This will prepare him for the Supreme Court’s concept of the U.S. Constitution as a “living document”.

Promise often to take him to the movies or the zoo, and then, at the appointed hour, recline in an easy chair with a newspaper and tell him you have changed your plans. When he screams, “But you promised!”, explain to him that it was a campaign promise.

Every now and then, without warning, slap your child. Then explain that this is defense. Tell him that you must be vigilant at all times to stop any potential enemy before he gets big enough to hurt you. This, too, your child will appreciate, not right at that moment, maybe, but later in life.

At times your child will naturally express discontent with your methods. He may even give voice to a petulant wish that he lived with another family. To forestall and minimize this reaction, tell him how lucky he is to be with you the most loving and indulgent parent in the world, and recount lurid stories of the cruelties of other parents. This will make him loyal to you and, later, receptive to schoolroom claims that the America of the postmodern welfare state is still the best and freest country on Earth.

This brings me to the most important child-rearing technique of all: lying. Lie to your child constantly. Teach him that words mean nothing–or rather that the meanings of words are continually “evolving”, and may be tomorrow the opposite of what they are today.

Some readers may object that this is a poor way to raise a child. A few may even call it child abuse. But that’s the whole point: Child abuse is the best preparation for adult life under our form of GOVERNMENT.