The Aftereffects of the Holocaust 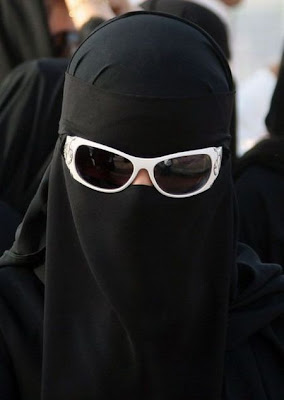 The spread of Islam is essentially our failure to spread Christianity. Just as true: it is Western Civilization’s failure to protect the best parts of its existence. A recent article from a European column expanded this thought, in non-PC fashion:

I walked down the street in Barcelona, and suddenly discovered a terrible truth Europe died in Auschwitz . We killed six million Jews and replaced them with 20 million Muslims. In Auschwitz we burned a culture, thought, creativity, talent. We destroyed the chosen people, truly chosen, because they produced great and wonderful people who changed the world.

The contribution of this people is felt in all areas of life: science, art, international trade, and above all, as the conscience of the world. These are the people we burned.

And under the pretense of tolerance, and because we wanted to prove to ourselves that we were cured of the disease of racism, we opened our gates to 20 million Muslims, who brought us stupidity and ignorance, religious extremism and lack of tolerance, crime and poverty, due to an unwillingness to work and support their families with pride.

They have blown up our trains and turned our beautiful Spanish cities into the third world, drowning in filth and crime. Shut up in the apartments they receive free from the government, they plan the murder and destruction of their naive hosts. And thus, in our misery, we have exchanged culture for fanatical hatred, creative skill for destructive skill, intelligence for backwardness and superstition.

The Global Islamic population is approximately 1,200,000,000; that is One Billion Two Hundred Million, or 20 percent of the world’s population. Their contribution to the betterment of mankind can be summed by the number of Nobel Prizes they’ve won: a grand total of Seven. One for Literature. Four for Peace. And Two for Medicine.

Europe will never regain its loss of Jewish writers, artists, musicians, scientists, entrepreneurs, educators, merchants, actors, engineers, and ordinary productive middle-class citizens. What they have in their place are people motivated by hatred and Jihad who contribute nothing to the European culture they despise . . . .

Of course, not all Muslims are motivated by hatred, as this column states, and the column was a bit harsh on the Muslim community in general. At the same time, there is much to be said about how greatly Jews have influenced society, while Islam seems to add anything but scientific discovery or free thought/speech. Riots in the streets after the display of pictures of Mohammad, the increasing presence of veiled women in public, and the implementation of Sharia court systems in several EU countries have been the most notable changes the West has seen with the rise of Islam. The Jews, in the meantime, continue to influence the world disproportionately given their few numbers… Just something to think about, as the birthrate of Islam rises and that of nearly every other civilization declines… (And to think that many Islamic countries want Israel wiped off the map entirely… Even worse.)