The Inevitable End & Our Secret Fear 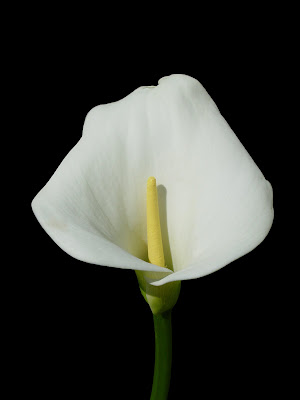 Religion has always been my forte, and it is somehow intuitive for me in ways few others seem to experience. Even so, I have developed more questions in the scrutinization of faith than answers. The biggest question looms over me every now and then: What happens when we die? In the same article I referenced in the a post a few days ago, Kreeft writes:

As I begin this book I am still young (in my sixties) and in good health. It is hard to imagine that one day the hand that penned this will be the hand of a skeleton. But I know it is true. Death is life’s one certain prognosis.

Thoughts like these keep me up some nights. This body and experience will end someday, and I will have a last breath. What will my thoughts be at that moment? Death is our secret fear, one that faith does little to alleviate. Staring down into my Great Uncle Bill’s 6-foot deep final resting place three years ago (which the funeral custodians had hastily tried to cover with a rug during the ceremony before he was lowered, speaking silent volumes about our relationship with death), I could only think about how Uncle Bill was going into the ground and would not be coming up any time soon unless there was a zombie takeover. And I especially couldn’t help thinking about how I would be in the same position within short 100 years. It terrified me. There is nothing we can do to escape it, and yet our whole lives are based around things that have an ever-so-faint outline of the eternal. On terms of my belief in life, love, the afterlife, and our purpose, reflection on the fleeting moments we have might be the single most effective teachings I have ever received. What will it be like when I die? I have a few options that I have always pondered, which an InsideCatholic article recently hit on:

Maybe the memo was going to my Spam folder, but I’d never before realized, down deep in the bone, that someday my bones will be gnawed clean by tiny critters and armies of microorganisms. That the self I’ve spent so many years buffing and honing to a fine polish of eccentricity will simply vanish from the earth, to face one of three grim fates:

a) Eternal punishment with the devil and all his angels, in the lake of fire where the worm dieth not.

b) Flames of purgation hotter than any on earth, that will burn away most of what I myself have contributed to the mixture, leaving at best a tiny nub of human identity, probably around the size of a roasted peanut.

Given what I’ve been taught about options a) and b), I find myself daydreaming about ending up with c).

I must say my thoughts are similar, and I think it is a closely-held secret in everyone else’s mind as well. Not only that but everyone I know will be subject to the same. I think about it sometimes and it makes me sad like little else can. Faith provides little comfort to the prospect of death, especially to a generation lost to such virtue as hope. And this post won’t have any answers, nor do I want to dwell for ages on such a mysterious topic, but I do have just one conclusion: I need to work on hope. And you probably do too. It is integral to the faith that we hold, and it is too easy for us to lose the lightheartedness that accompanies it.

Faith, hope, & love. The greatest may be love according to St. Paul and the Catholic Church and faith according to sola fide Protestantism, but hope is in there for a reason and it is oft overlooked on account of the other two. Ensure that you have left some room in your heart for hope. Your sanity may depend on it…