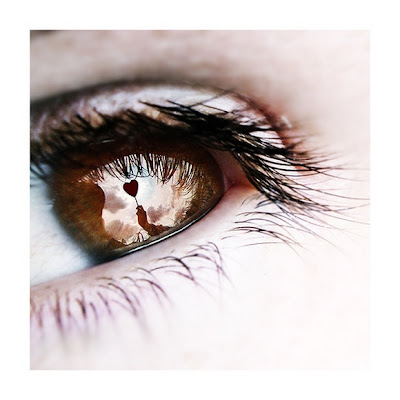 Ross Douthat is by far the most sensible human being at the New York Times. His recent article speaks to this fact:


Here are some commonplace arguments against gay marriage: Marriage is an ancient institution that has always been defined as the union of one man and one woman, and we meddle with that definition at our peril. Lifelong heterosexual monogamy is natural; gay relationships are not. The nuclear family is the universal, time-tested path to forming families and raising children.

These have been losing arguments for decades now, as the cause of gay marriage has moved from an eccentric- seeming notion to an idea that roughly half the country supports. And they were losing arguments again last week, when California’s Judge Vaughn Walker ruled that laws defining marriage as a heterosexual union are unconstitutional, irrational and unjust.

These arguments have lost because they’re wrong. What we think of as “traditional marriage” is not universal. The default family arrangement in many cultures, modern as well as ancient, has been polygamy, not monogamy. The default mode of child-rearing is often communal, rather than two parents nurturing their biological children.

Nor is lifelong heterosexual monogamy obviously natural in the way that most Americans understand the term. If “natural” is defined to mean “congruent with our biological instincts,” it’s arguably one of the more unnatural arrangements imaginable. In crudely Darwinian terms, it cuts against both the male impulse toward promiscuity and the female interest in mating with the highest-status male available. Hence the historic prevalence of polygamy. And hence many societies’ tolerance for more flexible alternatives, from concubinage and prostitution to temporary arrangements like the “traveler’s marriages” sanctioned in some parts of the Islamic world.

So what are gay marriage’s opponents really defending, if not some universal, biologically inevitable institution? It’s a particular vision of marriage, rooted in a particular tradition, that establishes a particular sexual ideal.

This ideal holds up the commitment to lifelong fidelity and support by two sexually different human beings — a commitment that involves the mutual surrender, arguably, of their reproductive self-interest — as a uniquely admirable kind of relationship. It holds up the domestic life that can be created only by such unions, in which children grow up in intimate contact with both of their biological parents, as a uniquely admirable approach to child-rearing. And recognizing the difficulty of achieving these goals, it surrounds wedlock with a distinctive set of rituals, sanctions and taboos.

The point of this ideal is not that other relationships have no value, or that only nuclear families can rear children successfully. Rather, it’s that lifelong heterosexual monogamy at its best can offer something distinctive and remarkable — a microcosm of civilization, and an organic connection between human generations — that makes it worthy of distinctive recognition and support.

Again, this is not how many cultures approach marriage. It’s a particularly Western understanding, derived from Jewish and Christian beliefs about the order of creation, and supplemented by later ideas about romantic love, the rights of children, and the equality of the sexes.

Or at least, it was the Western understanding. Lately, it has come to co-exist with a less idealistic, more accommodating approach, defined by no-fault divorce, frequent out-of-wedlock births, and serial monogamy.

In this landscape, gay-marriage critics who fret about a slippery slope to polygamy miss the point. Americans already have a kind of postmodern polygamy available to them. It’s just spread over the course of a lifetime, rather than concentrated in a “Big Love”-style menage.

If this newer order completely vanquishes the older marital ideal, then gay marriage will become not only acceptable but morally necessary. The lifelong commitment of a gay couple is more impressive than the serial monogamy of straights. And a culture in which weddings are optional celebrations of romantic love, only tangentially connected to procreation, has no business discriminating against the love of homosexuals.

But if we just accept this shift, we’re giving up on one of the great ideas of Western civilization: the celebration of lifelong heterosexual monogamy as a unique and indispensable estate. That ideal is still worth honoring, and still worth striving to preserve. And preserving it ultimately requires some public acknowledgment that heterosexual unions and gay relationships are different: similar in emotional commitment, but distinct both in their challenges and their potential fruit.

But based on Judge Walker’s logic — which suggests that any such distinction is bigoted and un-American — I don’t think a society that declares gay marriage to be a fundamental right will be capable of even entertaining this idea.

The most poignant argument of this column (I still have trouble saying gay marriage should be disallowed) is that the value in true marriage lays not in it being commonplace, but rather in it being an unnatural phenomenon which caters fully to the best in the human spirit. Heterosexual lifelong monogamous marriage in this light divides us from the animals, and further, divides the virtuous from the flawed or merely average. It is the one single instance of an institution (the priesthood I would say does the same in a different way, in the correct practice of it) that flows almost fully away from our biological nature while leading us toward the fulfillment of our spiritual needs (No, I am not a Gnostic, I am just sayin’). This article really made me think about how backwards the argument is. Marriage shouldn’t be protected because it is the usual thing to do and that makes it right. It should be protected because it is rare and becoming even more so daily…