The Role of Catholic Conscience

It isn’t Sunday. OOPS. But that Sunday Song is staying up there… 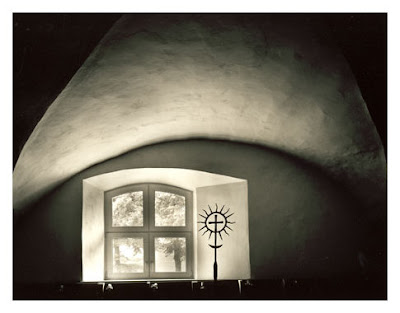 I do have one more thing for you today, and article whose subject I have been thinking of often lately (I will post why soon, when I get a chance to sit down and write). Janet Smith, Chair of Life Ethics at Sacred Heart Major Seminary in Detroit, wrote the following about the importance of conscience in Catholic moral thinkings:


What to do about all the lapsed Catholics? Those Catholics who don’t come to church because they reject the Church’s teachings on such matters as contraception, the ordination of women to the diaconate, and married priests.

Father Joseph Breen of Nashville proposed in a video posted last month on his parish website (and since removed) that these individuals are under the erroneous view that they need to accept these teachings. He says that as adults they need to be obedient to nothing but “the spirit of God”: The conscience is supreme.

Ironically, Father Breen invokes a Church teaching to defend rejecting Church teaching. He likely has in mind the principle found in the Catechism: “A human being must always obey the certain judgment of his conscience” (No. 1790). He rejects the principle articulated in Lumen Gentium No. 25: “In matters of faith and morals, the bishops speak in the name of Christ and the faithful are to accept their teaching and adhere to it with a religious assent.” Father Breen chooses to believe what he wants to believe and rejects the rest.

First, we must understand that the conscience is not equivalent to our thoughts or our opinions or our judgments. The Catechism (No. 1776) defines the conscience as an inner sanctuary in which we listen to God’s voice for guidance about our actions. So when someone is consulting his or her conscience, the question being asked is not “Do I think this action is good or bad?” but “Does God judge this action to be good or bad?” And God speaks to the consciences of Catholics through the Church.

If a Catholic is considering doing something that the Church teaches to be wrong, he can be certain that he is not listening to his conscience, but some other “voice” that has caught his attention.

Consider a question of conscience of this sort: “My wife has been in a persistent vegetative state for years. Would it be immoral for me to have relations with my lovely, lonely, unmarried secretary? We would get married if we could, but until my wife dies, I am not free to marry.”

Suppose this unfortunate, lonely husband said he thought his conscience was clear on this point — he was not really committing adultery because his wife was not available as a wife. Now, only God knows the extent of this man’s confusion and how honestly he has tried to work through the issues. But wouldn’t a Catholic priest have to say to this man, “I am sorry, but you are not properly consulting your conscience. God is clear on this point: Adultery is having sexual intercourse with someone who is not your spouse, and that is precisely what you would be doing.”

Such a man ignoring Church teaching would certainly be welcome to attend Catholic services, but would not be welcome to receive the Eucharist.

Let’s consider another question: “Should I have a baby through in vitro fertilization?” I suspect a Catholic asking the question in the proper fashion — “Would God approve of me having a baby through in vitro fertilization?” — when talking with God in her inner sanctuary, would hear God’s voice say: “You are a Catholic; I have set up the Church to guide you in such decisions; turn to the Church for guidance, and you will be hearing my voice on this matter.”

She must now do what Catholics are obliged to do: “Form” her conscience (Catechism, Nos. 1783-87). Truly forming the conscience involves reading Church documents, seeking clarification on difficult points, and praying that God will lead one to the truth. After all that, suppose she still is not convinced that IVF is immoral. Is she free to utilize IVF and still remain a Catholic in good standing?

Only God can know the source of her confusion, but any Catholic priest should tell her she is violating God’s law and would not be free to receive the Eucharist, though she is certainly welcome at church.

Would Father Breen maintain that the above individuals are doing what is right when they follow their “consciences”? Would Father Breen hold that there are any teachings of the Church from which a Catholic is not free to dissent on the basis of conscience? Teachings on racism, greed etc.?

What should we do to bring lapsed Catholics back to the Church? Father Breen recommends that we turn the Church into a more inviting place, and he believes the Church would be more welcoming were it to become more like Protestant churches which accept contraception, women ministers and married priests.

What will Father Breen provide that these churches don’t? Some even have plush seating and Starbucks coffee. What can compete with that? The sacraments?

Well, the validity of the sacraments is dependent upon a certain structure of the Church that is rooted in the validity of the papacy. But Father Breen is questioning the papacy, and he encourages his flock to do the same. A huge flaw in his proposal is that Protestant churches are rapidly declining in membership, not growing. I suspect their flocks will decline further as those lapsed Catholics who have found their way there eventually cease worshipping altogether.

Let me offer a proposal for winning back lapsed Catholics: something worth coming back to.

Priests should evince a tremendous love for Christ and his Church and the papacy. They should do everything they can to help their congregation fall in love with Christ and his Church; they should encourage them to read Scripture and receive the sacraments; they should find a myriad of ways to help them understand and accept Church teaching on difficult issues and inspire them to live lives of radical Christian service.

These Catholics will then go out into the world as powerhouses of grace and as knowledgeable witnesses to their faith. I suspect both lapsed Catholics and those who are entirely “unchurched” might find the Catholic Church has something to offer them found nowhere else in the world.