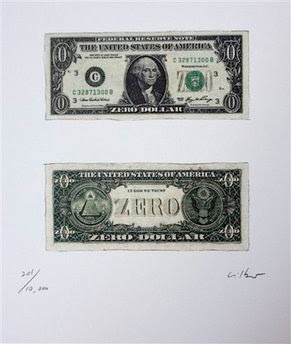 Keynes and Krugman are walking down the street and see dog droppings. Keynes says to Krugman: “I’ll pay you $20,000 to eat those.” Krugman thinks about it, decides he really wants a new car, and eats the droppings. They continue walking, then Krugman sees some other dog’s droppings up ahead and says to Keynes: “Same deal: I’ll pay you $20,000 to eat that.” Keynes didn’t expect Krugman to take him up on his bet earlier, and he really needs the money, so he agrees. Then Krugman says to Keynes: “We both have the same amount of money as before, but we both ate poop.” Keynes replies: “Yeah, but there was $40,000 in stimulus to the national GDP.”

Then they both go to Obama’s office and convince him to start another war to “create wealth.” GOOD JOKE, merchants of death!