Via Shea, Comes the Following 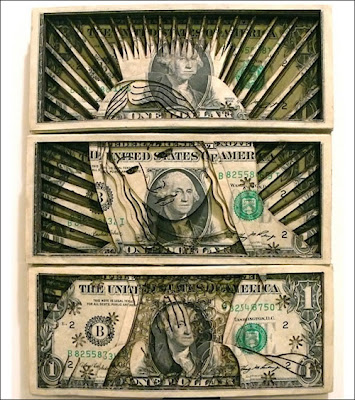 I have a LOAD of things to post, but I won’t get the chance any time soon with finals looming. Here is some Chesterton from Heretics on the parasitic nature of heresy/atheism:


Every great heretic had always exhibited three remarkable characteristics in combination. First, he picked out some mystical idea from the Church’s bundle or balance of mystical ideas. Second, he used that one mystical idea against all the other mystical ideas. Third (and most singular), he seems generally to have had no notion that his own favourite mystical idea was a mystical idea, at least in the sense of a mysterious or dubious or dogmatic idea. With a queer uncanny innocence, he seems always to have taken this one thing for granted. He assumed it to be unassailable, even when he was using it to assail all sorts of similar things. The most popular and obvious example is the Bible. To an impartial pagan or sceptical observer, it must always seem the strangest story in the world; that men rushing in to wreck a temple, overturning the altar and driving out the priest, found there certain sacred volumes inscribed “Psalms” or “Gospels”; and (instead of throwing them on the fire with the rest) began to use them as infallible oracles rebuking all the other arrangements. If the sacred high altar was all wrong, why were the secondary sacred documents necessarily all right? If the priest had faked his Sacraments, why could he not have faked his Scriptures? Yet it was long before it even occurred to those who brandished this one piece of Church furniture to break up all the other Church furniture that anybody could be so profane as to examine this one fragment of furniture itself. People were quite surprised, and in some parts of the world are still surprised, that anybody should dare to do so.

Again, the Calvinists took the Catholic idea of the absolute knowledge and power of God; and treated it as a rocky irreducible truism so solid that anything could be built on it, however crushing or cruel. They were so confident in their logic, and its one first principle of predestination, that they tortured the intellect and imagination with dreadful deductions about God, that seemed to turn Him into a demon. But it never seems to have struck them that somebody might suddenly say that he did not believe in the demon. They were quite surprised when people called “infidels” here and there began to say it. They had assumed the Divine foreknowledge as so fixed, that it must, if necessary, fulfil itself by destroying the Divine mercy. They never thought anybody would deny the knowledge exactly as they denied the mercy. Then came Wesley and the reaction against Calvinism; and Evangelicals seized on the very Catholic idea that mankind has a sense of sin; and they wandered about offering everybody release from his mysterious burden of sin. It is a proverb, and almost a joke, that they address a stranger in the street and offer to relax his secret agony of sin. But it seldom seemed to strike them, until much later, that the man in the street might possibly answer that he did not want to be saved from sin, any more than from spotted fever or St. Vitus’s Dance; because these things were not in fact causing him any suffering at all. They, in their turn, were quite surprised when the result of Rousseau and the revolutionary optimism began to express itself in men claiming a purely human happiness and dignity; a contentment with the comradeship of their kind; ending with the happy yawp of Whitman that he would not “lie awake and weep for his sins.”

Now the plain truth is that Shelley and Whitman and the revolutionary optimists were themselves doing exactly the same thing all over again. They also, though less consciously because of the chaos of their times, had really taken out of the old Catholic tradition one particular transcendental idea; the idea that there is a spiritual dignity in man as man, and a universal duty to love men as men. And they acted in exactly the same extraordinary fashion as their prototypes, the Wesleyans and the Calvinists. They took it for granted that this spiritual idea was absolutely self-evident like the sun and moon; that nobody could ever destroy that, though in the name of it they destroyed everything else. They perpetually hammered away at their human divinity and human dignity, and inevitable love for all human beings; as if these things were naked natural facts. And now they are quite surprised when new and restless realists suddenly explode, and begin to say that a pork-butcher with red whiskers and a wart on his nose does not strike them as particularly divine or dignified, that they are not conscious of the smallest sincere impulse to love him, that they could not love him if they tried, or that they do not recognize any particular obligation to try.

It might appear that the process has come to an end, and that there is nothing more for the naked realist to shed. But it is not so; and the process can still go on. There are still traditional charities to which men cling. There are still traditional charities for them to fling away when they find they are only traditional. Everybody must have noticed in the most modern writers the survival of a rather painful sort of pity. They no longer honour all men, like St. Paul and the other mystical democrats. It would hardly be too much to say that they despise all men; often (to do them justice) including themselves. But they do in a manner pity all men, and particularly those that are pitiable; by this time they extend the feeling almost disproportionately to the other animals. This compassion for men is also tainted with its historical connection with Christian charity; and even in the case of animals, with the example of many Christian saints. There is nothing to show that a new revulsion from such sentimental religions will not free men even from the obligation of pitying the pain of the world. Not only Nietzsche, but many Neo-Pagans working on his lines, have suggested such hardness as a higher intellectual purity. And having read many modern poems about the Man of the Future, made of steel and illumined with nothing warmer than green fire, I have no difficulty in imagining a literature that should pride itself on a merciless and metallic detachment. Then, perhaps, it might be faintly conjectured that the last of the Christian virtues had died. But so long as they lived they were Christian.

I do not therefore believe that Humanism and Religion are rivals on equal terms. I believe it is a rivalry between the pools and the fountain; or between the firebrands and the fire. Each of these old intellectuals snatched one firebrand out of the undying fire; but the point is that though he waved the torch very wildly, though he would have used the torch to burn down half the world, the torch went out very soon. The Puritans did not really perpetuate their sublime exultation in helplessness; they only made it unpopular. We did not go on indefinitely looking at the Brooklyn crowds with the eye of Whitman; we have come with singular rapidity to regard them with the eye of Dreiser. In short, I distrust spiritual experiments outside the central spiritual tradition; for the simple reason that I think they do not last, even if they manage to spread. At the most they stand for one generation; at the commonest for one fashion; at the lowest for one clique. I do not think they have the secret of continuity; certainly not of corporate continuity. For an antiquated, doddering old democrat like myself may be excused for attaching some slight importance to that last question; that of covering the common life of mankind. How many Humanists are there supposed to be among the inferior crowd of human beings? Are there to be, for instance, no more than there were Greek philosophers in an ordinary rabble of jolly pagan polytheistic Greeks? Are there to be no more than there were men concentrated on the Culture of Matthew Arnold, among the mobs who followed Cardinal Manning or General Booth? I do not in the least intend to sneer at Humanism; I think I understand the intellectual distinction it draws, and I have tried to understand it in a spirit of humility; but I feel a faint interest in how many people out of the battered and bewildered human race are actually expected to understand it. And I ask with a certain personal interest; for there are three hundred million people in the world who accept the mysteries that I accept and live by the faith I hold. I really want to know whether it is anticipated that there will be three hundred million Humanists in Humanity. The sanguine may say that Humanism will be the religion of the next generation, just as Comte said that Humanity would be the God of the next generation; and so in one sense it was. But it is not the God of this generation. And the question is what will be the religion of the next generation after that, or all the other generations (as a certain ancient promise ran) even unto the end of the world.

Humanism, in Mr. Foerster’s sense, has one very wise and worthy character. It is really trying to pick up the pieces; that is, to pick up all the pieces. All that was done before was first blind destruction and then random and scrappy selection; as if boys had broken up a stained-glass window and then made a few scraps into coloured spectacles, the rose-coloured spectacles of the republican or the green or yellow spectacles of the pessimist and the decadent. But Humanism as here professed will stoop to gather all it can; for instance, it is great enough to stoop and pick up the jewel of humility. Mr. Foerster does understand, as the eighteenth and nineteenth centuries did not understand, the case for humility. Matthew Arnold, who made something of the same stand for what he called Culture in the mid-nineteenth century, attempted something of the same preservation of chastity; which he would call, in a rather irritating manner, “pureness.” But before we call either Culture or Humanism a substitute for religion, there is a very plain question that can be asked in the form of a very homely metaphor. Humanism may try to pick up the pieces; but can it stick them together? Where is the cement which made religion corporate and popular, which can prevent it falling to pieces in a debris of individualistic tastes and degrees? What is to prevent one Humanist wanting chastity without humility, and another humility without chastity, and another truth or beauty without either? The problem of an enduring ethic and culture consists in finding an arrangement of the pieces by which they remain related, as do the stones arranged in an arch. And I know only one scheme that has thus proved its solidity, bestriding lands and ages with its gigantic arches, and carrying everywhere the high river of baptism upon an aqueduct of Rome.

2 thoughts on “Via Shea, Comes the Following”